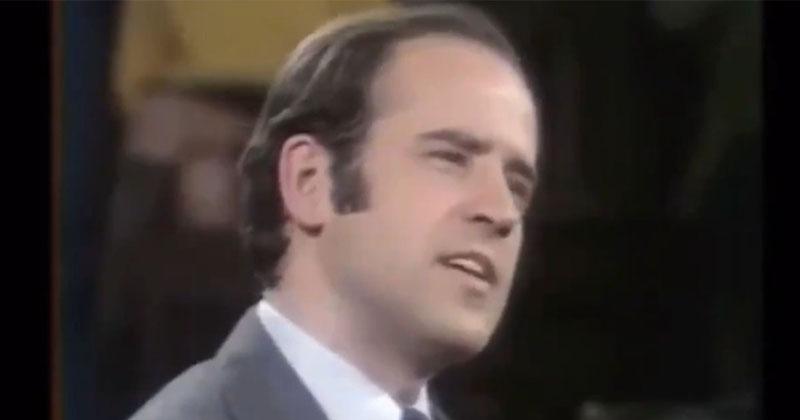 A recently resurfaced video clip shows then-senator and current presidential candidate Joseph R. Biden boasting about going “to the big guys” for donor money with the intent “to prostitute myself,” only to be turned down because he was not yet 40.

Former Vice President Biden, 78, is asked, “I’m sure that you would agree that your service in the Senate has not reflected any particular concern for the larger contributors.”

Biden shifts in his seat and says, “Well, the fortunate thing is I didn’t have any large contributors, and the only reason, see, I went to the big guys for the money, I was ready to prostitute myself, in the manner in which I talked about it, but the thing was they said ‘Come back when you’re 40 son.’”

🎥Joe Biden: “I went to the big guys for Money; I was ready to prostitute myself”. #CreepyJoeBiden pic.twitter.com/4fnGLMopan

The clip is particularly strange because Biden appears to implying that he would have gladly “prostituted” himself to big donors if his age had not been a disqualifier.

Biden is now 78 years old, meaning he has been eligible to take money from “the big guys” for 38 years.

One of the primary charges leveled against Biden by both left-wing progressives and right-wing conservatives is the accusation that he is a puppet of big business and corporate lobbyists.