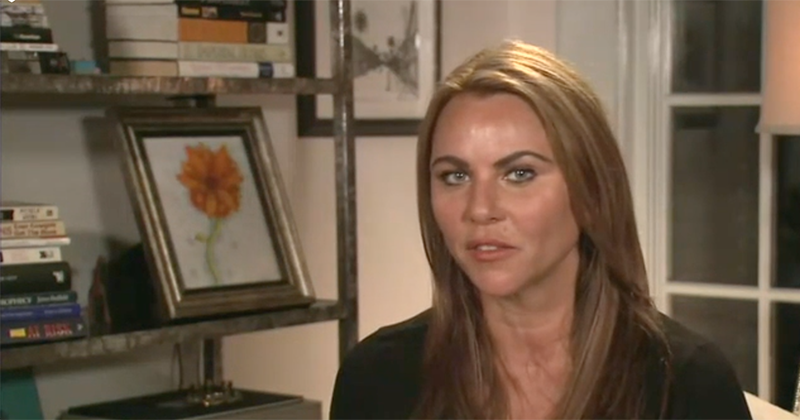 “The propaganda is in overdrive right now.” Logan urged, adding “On Antifa’s website and through their network of people and different social media forms and even in the New York Times today, quite astonishing.”

Logan was referring to an article published by the Times which argues that it is “misinformation” to suggest that Antifa desires insurrection in America.

The Times “should be ashamed of themselves for printing such blatant propaganda,” Logan argued.

“They are literally collecting data and dismissing all of this what you are seeing in front of your eyes, they are saying is a conspiracy theory. I mean, they have use conspiracy theory–that’s that’s an information warfare term that’s meant to shut down any conversation and to silence and to intimidate and to get us to self-censor because we don’t want to be accused of being crazy right wing conspiracy theorist.” Logan explained.

“It’s not a conspiracy theory. The New York Times should be ashamed of itself for printing such blatant propaganda. Go to their websites. Either you didn’t do your job or you are on someone else’s team.” Logan asserted.

“You are not serving the Constitution of the United States because that document is ultimately what it is all about. That’s what stands between America now today as Americans have known it all their lives and this world where America has to die in order for their world to exist.” Logan added, referring to an Antifa document listing their ten “goals”, which conclude with the complete destruction of American society.

“Liberation begins where America dies. So that is what this is about,” Logan urged.

Logan explained that the media aiding Antifa’s propaganda is significant because the group’s continued existence depends on it.

“All these people want you to believe that you can’t designate them. Why? Because it brings with them very significant authority.” Logan noted.

“For example, all those people contributing bail money now to members of Antifa and other anarchist groups. If they are a terrorist organizations, then they are contributing to terrorist groups and that’s illegal. So that will — the money will dry up. Certainly sources of funding will dry up.” she added.

“Why do they move across state lines to go and commit crimes. They do it because they get in their cars or get on the planes and go back to where they came from. And you can’t get them. Well, you can if they are designated as terrorists so this is a very significant designation and shuts down authorities.” Logan explained.

“When you hear people coming at you with that whether they know it or not they are contributing to the propaganda.” Logan asserted.