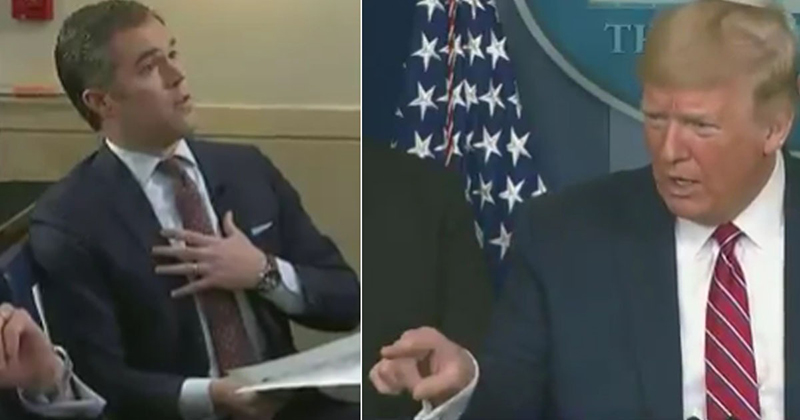 Video footage from Friday’s coronavirus press conference shows President Donald Trump having a sharp retort for an agitated journalist demanding “What do you say to the American people?”

President Trump glowers at the man from behind the podium, shakes his head slightly, and says, “I’d say that you’re a terrible reporter, that’s what I say.”

The President added, “I think that’s a very nasty question, and I think that’s a very bad signal you’re putting out to the American people. The American people are looking for answers and they’re looking for hope. And you’re  doing sensationalism, the same thing with NBC and Comcast, I don’t call it Comcast, I call it Con-Cast.”

“To every American who is scared out there, what do you say?”