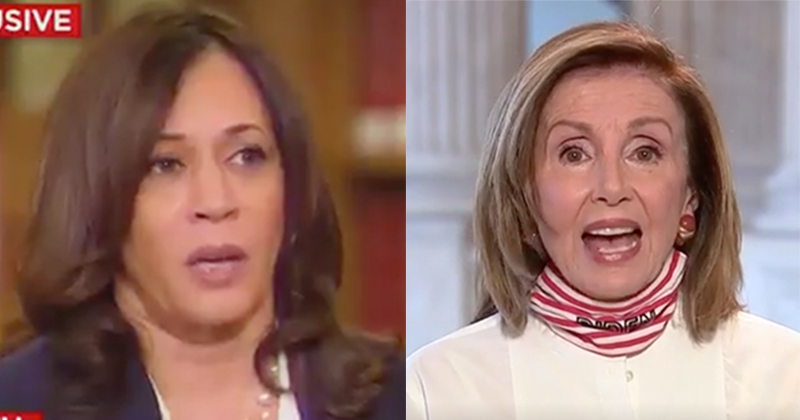 Despite a three plus year investigation that turned up zero evidence, Joe Biden’s running mate, Kamala Harris, suggested that 2016’s ‘foreign interference’ could be repeated in the 2020 election, with Russia at the “front of the line” when it comes to election meddling, and that “theoretically,” it could cost Democrats the Presidency.

In the interview with CNN, Harris stated “We have classic voter suppression, we have what happened in 2016, which is foreign interference, we have a president who is trying to convince the American people not to believe in the integrity of our election system and compromise their belief that their vote might actually count.”

“These things are all at play and I am very realistic, Joe is very realistic, that until we can win… that there will be many obstacles that people are intentionally placing in front of Americans’ ability to vote.”

Alex Jones breaks down how, in the face of tightening polls, even more top Democrats like Bernie Sanders and Chuck Schumer are announcing contingency plans should they lose the election to President Trump, with VP candidate Kamala Harris reviving the Russia collusion hoax to claim they will somehow steal the election for Trump.

“I don’t know what Putin has on the president politically, personally, or financially; we’ll find out when we see the president’s tax returns,” Pelosi declared.

Trump responded to the Democrat claims in typical fashion:

A massive Disinformation Campaign is going on by the Democrats, their partner, the Fake News Media, & Big Tech. They create false stories and then push them like has never been done before, even beyond the 2016 Campaign. It imperils our Country, and must stop now. Victory 2020!