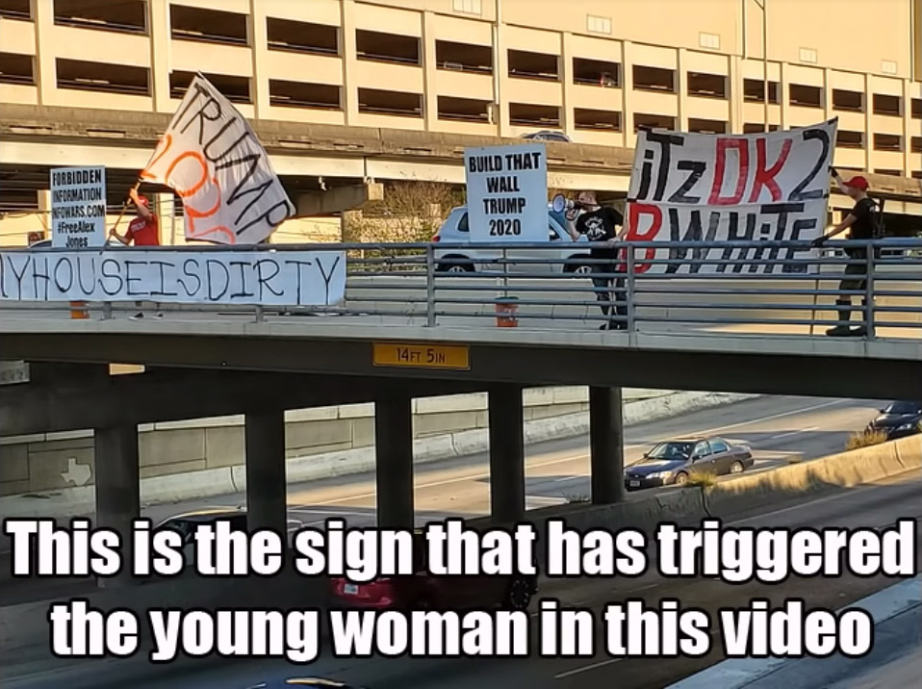 A Houston woman was literally shaking when she came across a group of people holding a sign reading, “It’s OK to be white.”

In a video shot by Houston Infowars Army members Sunday, a bicyclist approaches the group asking why they’re waving the banner.

When one of the group members tells the woman it’s OK to be any skin color, the leftist concedes, “Yes, it’s OK to be white,” but adds, “but you have not faced oppression.”

“It hurts my heart to see people do this,” the woman claims as she starts hyperventilating.

As the conversation continues, the woman predictably reveals she is not a supporter of President Donald Trump.

“Her message is loud and clear, it’s not OK to be white﻿,” one person wrote in YouTube comments.

“Wow. Her brainwashing is coming to a moment where she doesnt know how to process something. F*ckin NPC,” another user said.

“She does not believe in freedom,” another commenter noted. “She believes in tyranny.”