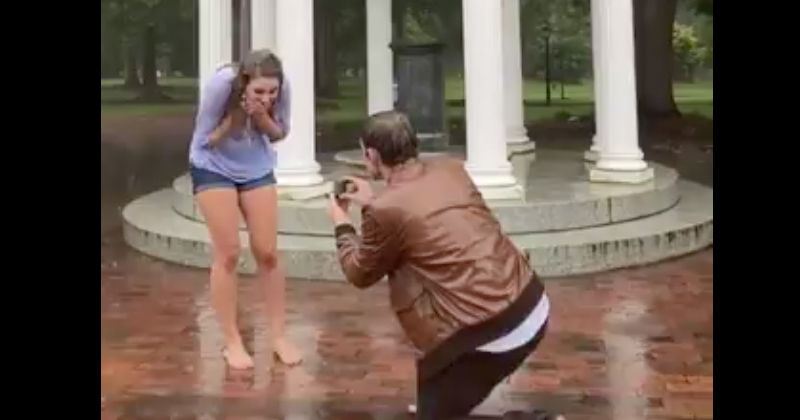 Liberals are fuming over a viral video showing a man propose to his girlfriend with a “Trump 2020” ring.

The video, shot earlier this week by pro-Trump Tik Tok user @MegaAmerican, starts with the couple standing in the rain with no umbrella looking at a small gazebo, before the man gets on one knee to make the proposal.

Watch all the way to end 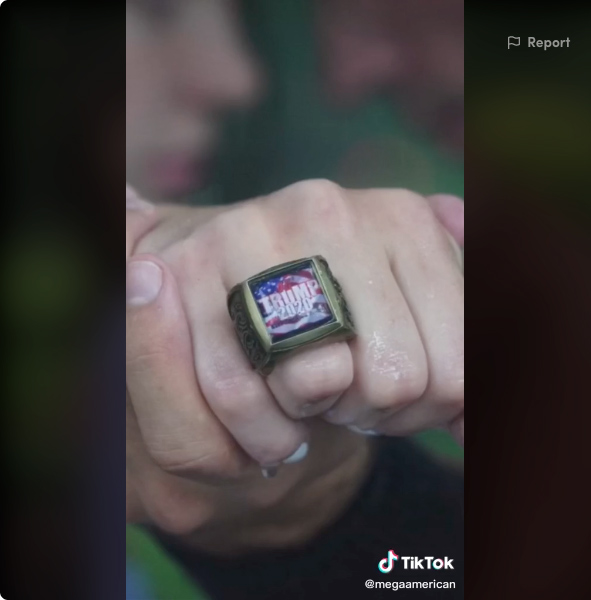 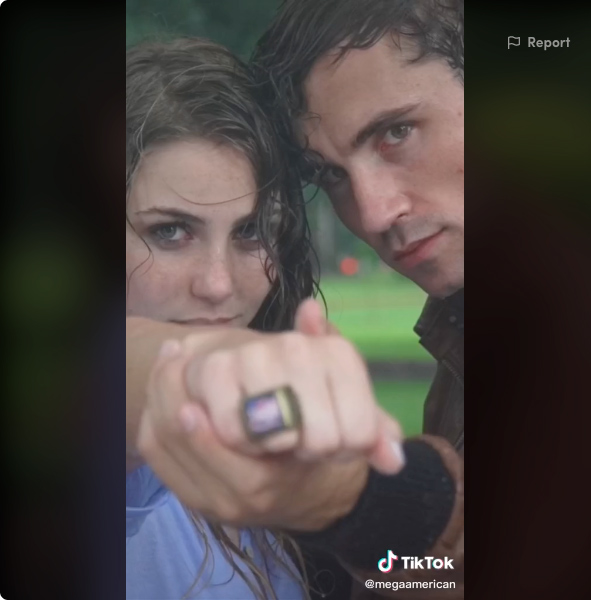 After about 30 seconds of the 40-second video, viewers learn the engagement ring features the slogan “Trump 2020” with an American flag backdrop.

Needless to say, liberals on Twitter were not happy with the surprise MAGA twist.

Idk what’s worse:
– being in the rain with no shoes on
– being in public with no mask
– being proposed to with a Tr*mp themed engagement ring pic.twitter.com/X19GIlM0cJ

this was literally my face pic.twitter.com/YV96VQLks3

Me at the end😭 pic.twitter.com/JEQSZaRrIm

Me watching the entire video .. chile what were they thinking pic.twitter.com/XPBJuI2rpn

White ppl just nasty why they outside with no shoes on.

I am repulsed that I thought this was gonna be a cute lil proposal video. pic.twitter.com/SRoUxzjA8p

Literally my face at the end pic.twitter.com/DCzuMQ937J

The couple made the troll even greater with another ring featuring the face of President Trump, which liberals also hated.

i didn’t know it could get worse but look at his ring… these people are obsessed with him omg pic.twitter.com/R3ypAPJGwc

Alex Jones breaks down President Trump’s statements in Ohio about possibly being the last time he is seen for a while, and what Americans must do in order to reclaim their destiny.