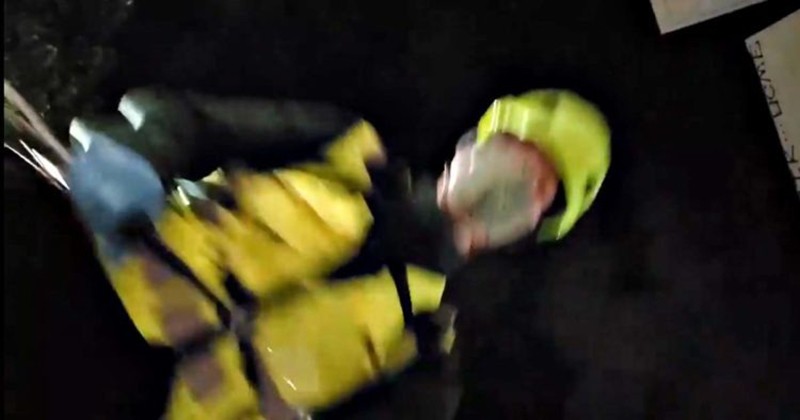 An unnamed streamer, who was reportedly filming the area for a Twitch broadcast, was suddenly struck and had his camera stolen by a “thief.”

In the short clip, the streamer is telling the audience about a spray-painted mural before he is suddenly blindsided by a mugger who takes the camera and flees.

In a clip, Wrong Opinions host Josh Lekach shared a quote claiming “a live twitch streamer was robbed live” during a video “boasting of the wonderful new site that is the CHOP zone.”

“This is another wall of our art,” the streamer begins. “An expression of our feelings…” he continues before the camera loses focus and tumbles to the ground.

A man in construction high-visibility attire carrying a blunt object is momentarily seen looking down at the fallen camera before grabbing the device and making off with it.

The footage goes dark, with the original streamer yelling “thief” multiple times while giving chase to the robber.

The clip was also uploaded to Facebook by Vincent James, host of The Red Elephants, who wrote that a “Streamer hit and robbed on livestream while boasting about how wonderful CHAZ is without cops.”

Crime appears to be on the rise in CHOP autonomous zone. In the days after the establishment of the anarchist commune, Seattle Police Chief Carmen Best reported that 911 calls for rape and violent crime more than tripled in the area.

NPR has altered an article after they were busted using a misleading photo of a ‘vehicle ramming’ in Louisville to make the claim that ‘right-wing extremists’ are targeting protesters with cars.

Over the weekend in CHOP, a fatal double shooting saw the death of a 19-year-old man, with another reportedly in critical condition. Angry crowds prevented police from entering the zone to begin investigating the alleged homicide.

Superheroes have come to the fore to impart law and justice in CHOP in the absence of an organized police force.

Portland’s sister autonomous zone was broken up by riot police after the borders of the area threatened the Mayor’s condo.