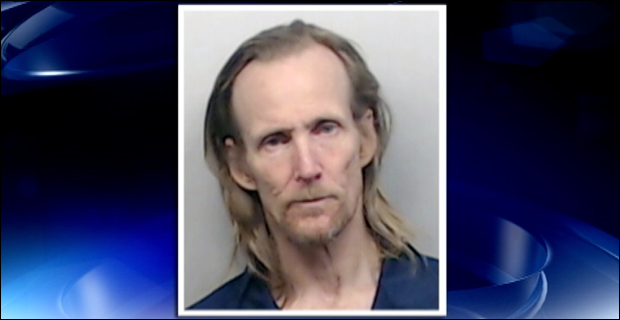 An outrageous cell phone video captured in Georgia features an armed man turning the tables on a carjacker, holding him at gunpoint until police arrive.

Hashim Fannin, a resident of an Atlanta suburb, walked out of a Family Dollar store yesterday to find an unfamiliar person inside his vehicle. 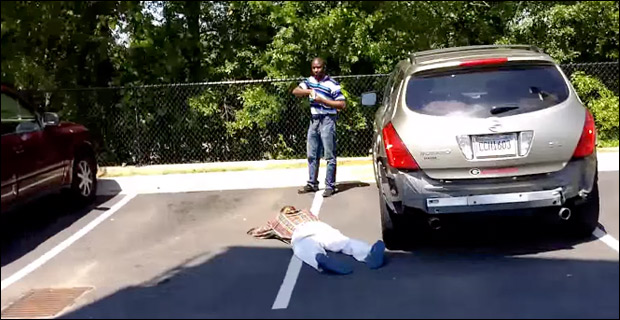 “I asked him to get out the car, probably not in those exact words,” Fannin told WSB-TV News.

Fannin proceeded to draw his pistol and ordered the would-be carjacker, 61-year-old Edgar Horn, on to the pavement.

“I told him, “No, there’s no leaving, leaving was before you hopped into my car … at this point there is not leaving,’” Fannin said.

“Just stay there and wait for the police,” the armed man can be heard telling Horn in the video.

“Thought you were just gonna take my shit,” Fannin tells the man lying face down on the ground. “You picked the wrong mother fucker to try to rob today.”

Fannin is seen placing his gun on a nearby curb just as officers arrive on the scene, indicating to them he is not a threat. 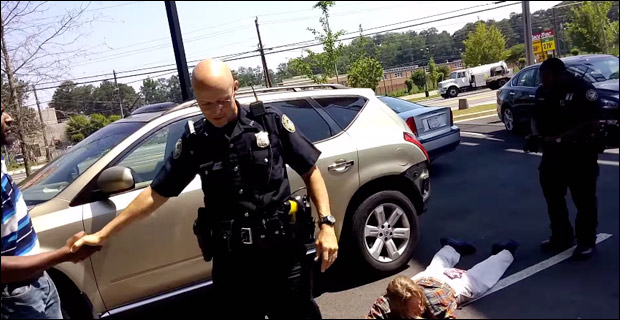 One officer walks over to Fannin and shakes his hand, thanking him for protecting the community.

“Honestly, I look at it like this. That is one less guy I got to worry about bothering my mom when she’s out grocery shopping,” Fannin said.

In Georgia, both concealed and open carry of a handgun is permitted with a valid Georgia Weapons Carry License.