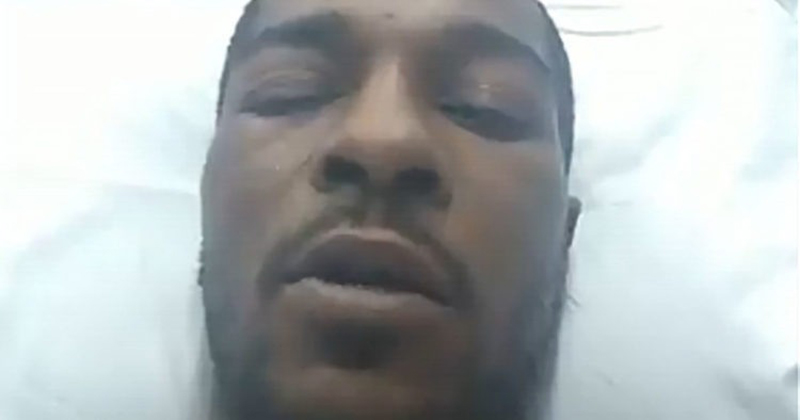 A man who was shot in the cop-free Capitol Hill Autonomous Zone now wants to sue the Seattle Police Force for not responding quick enough after his shooting, despite police claiming they were held back by angry crowds when they tried to enter the anarchist commune.

On Friday two were injured, one fatally, in a shooting inside the CHAZ/CHOP autonomous zone. During the shooting, crowds allowed firefighters to enter, but reportedly resisted the entry of the police, and helped the surviving victim to medical treatment where he was placed under intensive care.

The surviving man now wishes to sue the Seattle Police Department for not responding fast enough after he was shot.

In his hospital bed, the man began by explaining, “I was shot in Seattle, in CHAZ, on Friday. The cops left me out there to die.”

He continued, “I somebody in legal or the media to get my story told, and get it out there. I got shot five times–I need you guys’ help.”

A man who got shot in CHAZ now wants to sue the police for not responding fast enough to the "autonomous zone" where they have up barricades barring the police from entering.pic.twitter.com/6udR8zekik

Reports of violent and sexual crimes rose drastically shortly after cops abandoned the area–and the controversial Autonomous Zone was formed.

A reportedly African American man was killed in a shooting in Seattle’s Capitol Hill Autonomous Zone, with shots recorded at around 2.20 a.m. last night.

A shooting took place earlier this morning as police have entered the “no-cop” zone to launch an investigation into the infamous anarchist commune which sprouted out of the abandonment of a local police precinct during the George Floyd riots in a move intended to quell tensions.

Spent shell casings and police suited up in riot gear were also reported at the autonomous zone’s border, according to The New York Post.

Police say they faced hostile crowds, while firefighters were allowed through a large crowd which had formed to take the victims to safety.

Seattle police say “Officers attempted to locate a shooting victim but were met by a violent crowd that prevented officers safe access to the victims. Officers were later informed that the victims, both males, had been transported to Harborview Medical Center by CHOP medics.”

One victim succumbed to his wounds, while another remains in critical condition at Harborview Medical Center’s intensive care unit.

The ‘Seattle Superheroes’, a costumed vigilante team which has taken over law enforcement in the Capitol Hill Occupied Protest (CHOP), had an opportunity to take real action to fight crime after a man was killed and two others injured in a shooting within the far-left autonomous territory.

As police are banned from the CHOP, the duty of law enforcement fell to the Seattle Superheroes, a motley crew of misfits in brightly colored costumes, under the leadership of a man known only as ‘Red Ranger’.

The Portland and D.C. Autonomous Zones were recently cleared out by authorities. Mayor Durkan warned President Trump that the use of military force to reclaim the area would be “illegal” and “unconstitutional.”