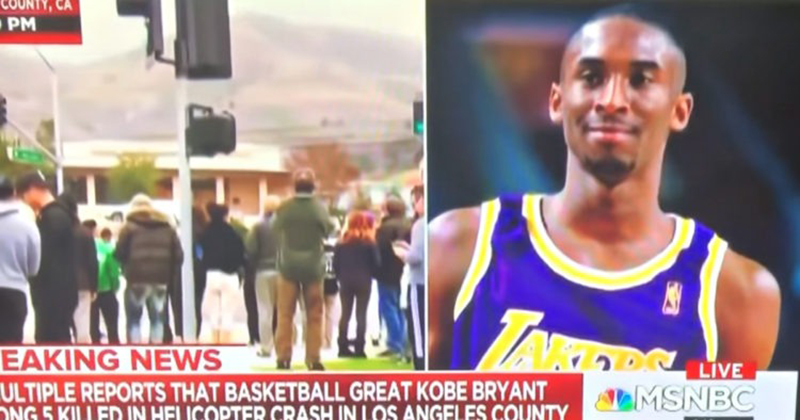 Earlier this afternoon, the country was hit with the devastating news that NBA legend Kobe Bryant was killed in a helicopter crash, and the racial slur slipped during the breaking news coverage on MSNBC.

MSNBC’s Alison Morris was reporting the details of the accident when she seemingly said the slur in an accidental slip.

In the video clip, Morris seems to say Bryant was perfectly cast for the “Los Angeles N******” with a hard “er.”

Morris, who is white, took to Twitter to explain the accidental slip and defend herself, claiming that she combined the words “Lakers” and “Knicks” to misspeak the word “nakers.”

Earlier today, while reporting on the tragic news of Kobe Bryant’s passing, I unfortunately stuttered on air, combining the names of the Knicks and the Lakers to say “Nakers.” Please know I did not & would NEVER use a racist term. I apologize for the confusion this caused.

Morris was heavily criticized by African Americans on Twitter who believe she said the word intentionally, or at least that her claim of saying “nakers” is incorrect.

Yeah I listened to the clip SEVERAL times and you said the N word with a HARD G. So no we dont believe you.

Nah lol you said n*gger. And you should be pulled from the fucking set now

Many people also rushed to defend Morris, citing her claim that she mixed up “Knicks” with “Lakers.”

It should be noted that one seeming problem with her statement is that Bryant never played for the Knicks.

Another possible scenario would be an error on the teleprompter that led to her confusion.

MSNBC has not announced any type of disciplinary action against Morris.