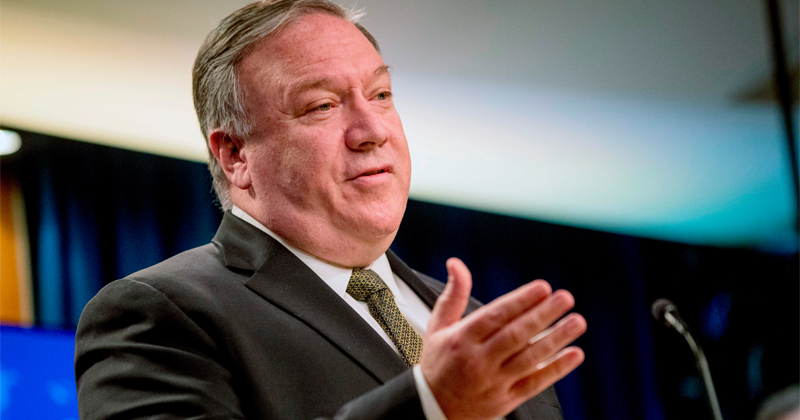 Danish Foreign Minister Jeppe Kofod ignored the outstretched hand of his American counterpart Mike Pompeo and instead chose to pat his guest on the back as a safety measure amid threats of COVID-19.

US Secretary of State Mike Pompeo’s visit to Denmark has been marred by an inconvenient moment, when Danish Foreign Minister Jeppe Kofod, rejected his outstretched hand, stirring the attention of social media.

Pompeo had visited Denmark to discuss cooperation in the Arctic and issues involving China.

A smiling Pompeo reached out to shake hands with Kofod, only to face rejection from the Danish minister. Instead, Kofod, wary of the risk of spreading coronavirus, patted his counterpart on the back as a precaution.


The Faroese foreign minister, Jenis av Rana, also turned down Pompeo’s handshake, offering him an elbow greeting instead. Incidentally, the elbow bump has become the new norm among the European political establishment; it is also how EU leaders greeted each other at the recent summit over the weekend. Pompeo then elbow bumped the Greenlandic foreign minister.

EU leaders do their best to lead by example.
Pompeo probably never fully got the NATO concept but he might learn a little on how to act during a highly contagious pandamic.


However, the lack of reciprocity garnered the media’s and the public’s attention. The Washington Post described the incident as an “awkward diplomatic dance”.

On Twitter, many found it “embarrasing”. Others argued it “put Pompeo in his place”. Still others suggested that shaking hands was “so 2019” and that Pompeo should update his manual.

What an international embarrassment.
We are the pariahs of the world. 🙄


​“Is this where Pompeo will be making Denmark an offer for Greenland they can’t refuse?” one user tweeted, recalling US President Donald Trump’s controversial offer he made last year (which coincidentally, was also rejected).

Is this where Pompeo will be making Denmark an offer for Greenland they can't refuse?


Many compared the infection rates between the US and Denmark. While Denmark has had nearly 13,400 cases with 612 deaths and only a handful of active cases, the US is the world leader, with over 4 million cases, nearly 150,000 deaths and over two million active cases.

Denmark and the US are closest of allies in NATO. From the Arctic, global security, fight against terrorism etc. DK & US stands together. pic.twitter.com/Sa3a6GcBPX


The two ministers, however, later tweeted messages of courtesy indicating no argument between them.