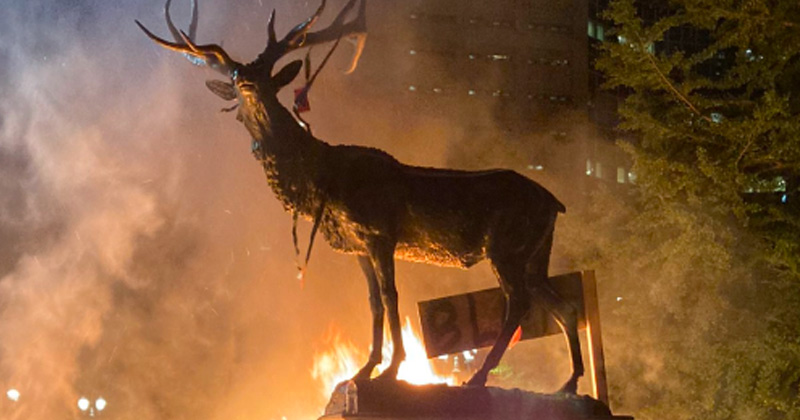 Footage shows the city’s Thompson Elk statue as it is engulfed in flames while it stands on its platform that has been severely vandalized by protesters.

Very hospitable, plenty of warmth around the courthouse here in Portland. #PortlandProtest pic.twitter.com/PtGO3Quv21

Protesters used wooden boards protecting the windows of nearby businesses to start a bonfire beneath the statue near the federal courthouse, according to Fox News.

“Protesters threw water bottles and other projectiles as police fired pepper balls and at least one flash-bang at protesters in front of the courthouse, according to freelance reporter Sergio Olmos,” reported Fox News.

A nearby park bathroom was also substantially damaged, as shown in the photo below: 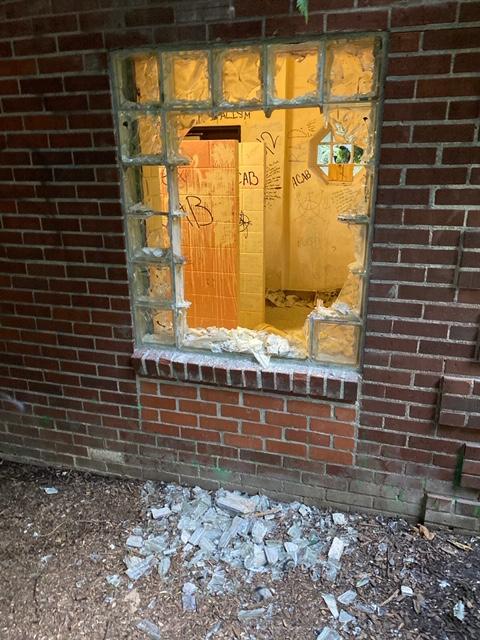 On Thursday, the elk statue was removed by the city after it was determined damage to the structure could present a safety hazard.

“The fire damaged the stone surrounding the basin around and beneath the elk statue,” police wrote in a statement released Thursday. “The Regional Arts Council has determined the damage to the base is so severe, the statue has to be removed for public safety reasons. There is concern the elk statue could topple over and injure someone.”

Portland police are investigating the incident and asking for the public’s help in identifying those responsible for the damage.

“Engaging in criminal activity including vandalism and property damage is not peaceful demonstration,” said Portland Police Chief Chuck Lovell. “We ask for the public’s help in identifying and sharing information about those responsible so they can be held accountable.”

According to Oregon Live, the 111-year-old statue was dedicated to the city by David P. Thompson, a former Portland mayor and statesman who made his way to Portland from Ohio via the Oregon Trail in 1853.

Jim Hoft joins the War Room with Harrison to share his story being on the frontlines of Catholics defending the St. Louis Statue.