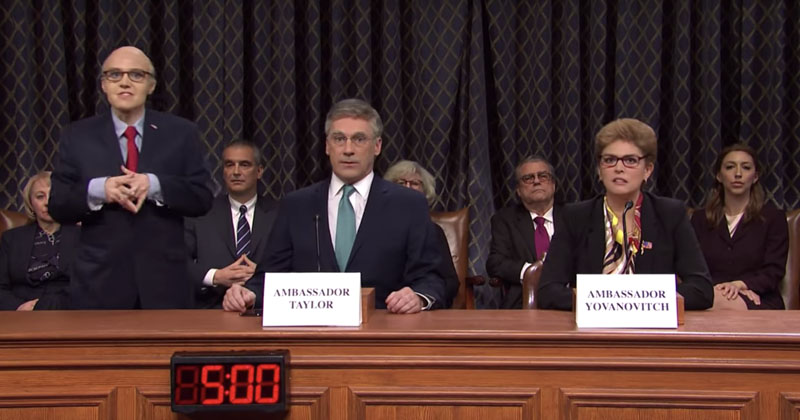 NBC’s “Saturday Night Live” mocked the boring and uneventful nature of the Democrats’ ongoing impeachment hearings, opting to boost the drama by presenting it as a soap opera.

In order to keep the American people paying attention, SNL decided to give the dull impeachment hearings the soap opera treatment as “Days of Our Impeachment.”

By the time portrayals of Rep. Alexandria Ocasio-Cortez (D-N.Y.) and anti-Trump lawyer Michael Avenatti were introduced, the sketch had already descended into chaos.

The impeachment hearings drew in less of an audience than the Brett Kavanaugh hearings and Robert Mueller’s testimony, indicating that the American public has lost interest in the Democrats’ relentless campaign to overthrow President Trump.

Alex Jones breaks down the spectacular fashion in which the impeachment fiasco is falling apart.