Update: Another witness also told media about “other shooters.”

Eyewitness Alexa Miednik, who believes there was a second shooter, said she was WALKING with accused suspect Nikolas Cruz (who the media previous spelled as Nicolas) after she heard shots being fired – and told Cruz she was glad “it wasn’t him” who was doing the shooting at the school in Florida:

…As I was going down the stairs I heard a couple of shots fired, everyone was freaking out – there was a gun, and as we were walking – the whole class together – I actually was speaking to the “suspect” [she even did air quotes] and as I was speaking with him, he seemed very… I don’t know what the word is I want to say… but he was very troubled in middle school and I joked to him about it and said “I’m surprised you weren’t the one who did it.”

#KHOU11 After shifting over from #ASTROS Camp to coverage of school shooting in Parkland, Forida, I talked with Alexa Miednik , a Senior at Douglas HS. She never saw a gun but she says she knows the alleged shooter… pic.twitter.com/qzaOUbFMPu

And here’s a KHOU 11 reporter discussing the interview:

We just spoke with a former student, Alexa Miednik, she actually walked down the hall with the accused shooter, Nicholas Cruz, after she heard shots fired. She said, “Hey, Nicolas,” – this is what she told me on camera… – “Hey, I just heard shots fired and I’m surprised it wasn’t you. Just kidding.” He had the reaction “What?” and then they parted ways.

She said “I heard more shots after that.” She thinks there was a second shooter.

Another student also made a reference to “other shooters:”

Already the real story behind the shooting is starting to break wide open, just like the Las Vegas massacre in which the media buried eyewitness accounts – and video – of multiple shooters:

In Vegas, numerous witnesses reported gunfire from multiple locations – and the acoustics indicate several, overlapping firearms according to veterans of Delta Force, Navy SEALs, Green Berets and other military outfits that Infowars spoke to who have first-hand experience in firefights with automatic weapons.

Additionally, sources said there were ISIS and Antifa paraphernalia inside the hotel room of Stephen Paddock, who our sources also said was involved in gun running.

Going back to the Florida shooting, news outlets are claiming this is the “worst shooting in Florida history,” but it’s not even close: 50 people died, including the perpetrator, at the 2016 Pulse Nightclub shooting in Orlando.

A survivor of that attack said there were multiple shooters in the nightclub, that Omar Mateen didn’t act alone.

Mateen was also a “known quantity” to the FBI and was even introduced to federal informants before the attack.

“FBI investigators investigated Mateen, who was born in New York, for 10 months,” reported the NY Daily News. “They introduced him to confidential informants, spied on his communications and followed him. They also interviewed him twice.”

Interestingly, around the time the Soros-funded Poynter Institute, which prides itself as a premiere “fact checker” in media, told reporters to avoid investigating reports of “second shooters.” 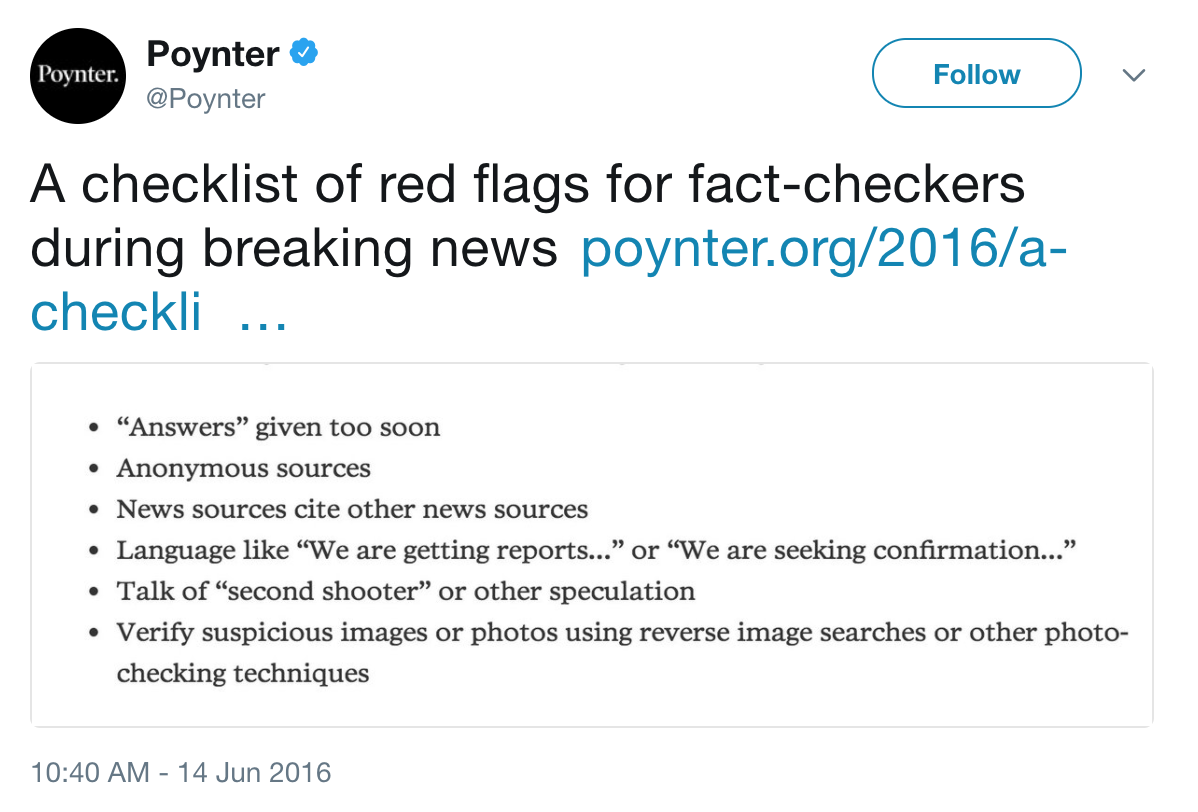