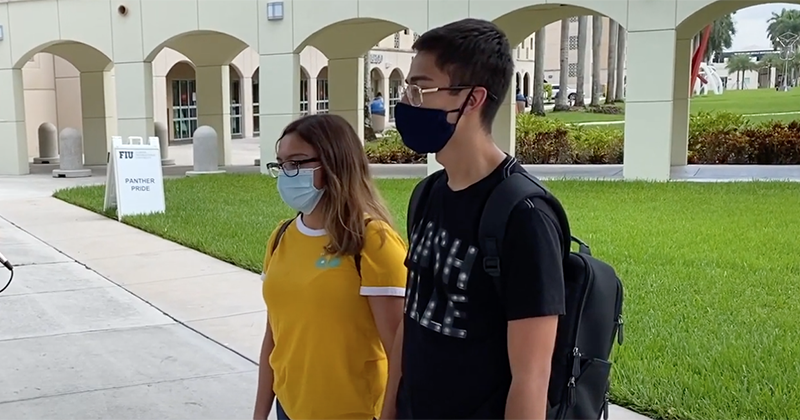 After Speaker of the House Nancy Pelosi was caught violating coronavirus lockdown rules by getting her hair done at a salon and New York Governor Andrew Cuomo was recently photographed without a mask, Campus Reform Digital Reporter Eduardo Neret spoke to students to get their reactions on leaders who have not been following the very rules they have been trying to enforce.

Most students said Pelosi and Cuomo’s actions were “hypocritical.”

“We’re doing the things they want us to do, but they don’t want to do it…it’s just literally the definition of being a hypocrite,” one student said.

“Yes I do feel like it’s hypocritical to impose these rules,” another added.

Deanna Lorraine continue to cover the recent developments regard Nancy Pelosi and her hypocritical trip to the salon she demands stay closed, all while not even wearing a mask.

“Yeah, and they’re just abusing the power they have,” a different student said.

Neret then asked students if they felt coronavirus rules were being implemented for political power.

“They probably just think they’re above the law,” one student said.

“Yeah, I do believe that they are getting more controllive [sic] because, you know, in November we have the upcoming election, so,” one student argued.

“It’s just no coincidence that this all just happened the one year that we have to reelect the next president,” another student added. “Like, it just doesn’t seem like a coincidence to me.”

Students also told Neret that they wouldn’t vote for politicians like Pelosi and Cuomo who exhibited this type of behavior.

“I feel like the sad truth is, is that no matter what politician one is going to vote for, that they all are like that,” one student explained.