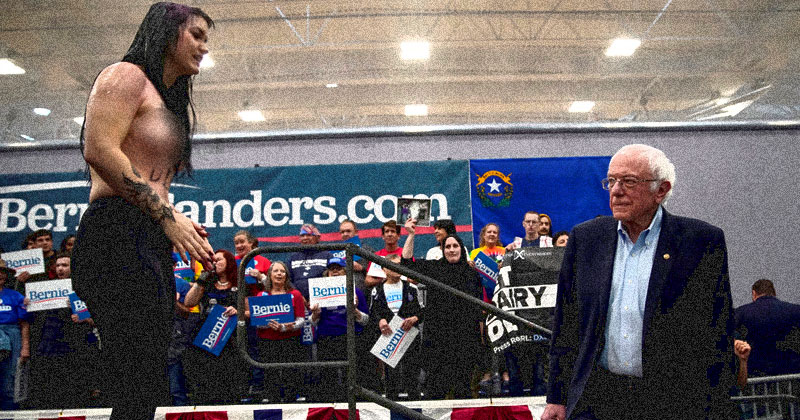 Topless protesters took over the stage at a Bernie Sanders rally in Nevada Sunday, calling out the Democrat senator’s support of the dairy industry.

More from The Daily Mail:

First, a fully clothed woman jumped on the stage and grabbed the mic away from the candidate to deliver their demands.

‘I believe in you…’ she continued, before the mic suddenly went dead and security moved toward her. The campaign’s live video feed of the event suddenly cut out.

They had the words ‘dairy’ and ‘die’ written across their nude torsos, with their bosoms fully displayed.

Sanders appeared visibly annoyed as he signaled to security to take the protesters off the stage, as the demonstrators attempted to display a sign reading “Let Dairy Die.”

According to Zero Hedge, “The women were motivated by Sanders’ support for 2018 legislation which supplied emergency financial support to dairy farmers across the country after the price of milk fell precipitously.”

Sanders’ rally in Carson City had was attended by 1,042 people, reports Newsweek.