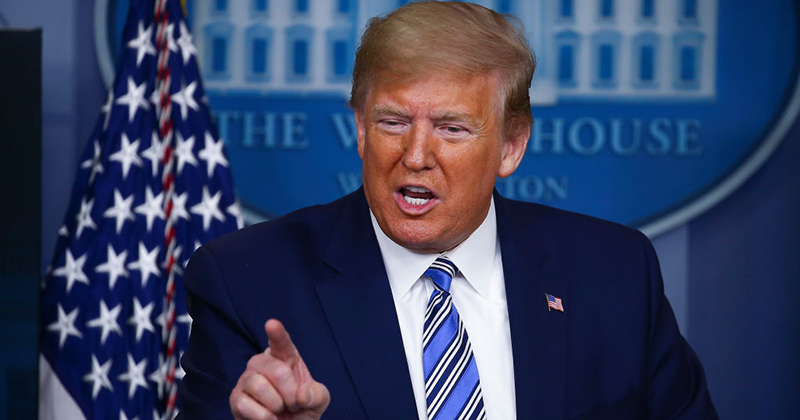 President Trump vowed over the weekend to end US funding to the tune of $3.7 million that had been approved to the Wuhan Institute of Virology by the Obama administration.

With questions swirling over the lab being the possible source of the coronavirus outbreak, Trump addressed the issue when asked at the press briefing.

“The Obama administration gave them a grant of $3.7 million. I’ve been hearing about that. We’ve instructed that if any grants are going to that area, we are looking at it literally about an hour ago and also early in the morning,” Trump said.

“We will end the grant very quickly. It was granted quite a while ago. They were granted a substantial amount of money. We are going to look at it and take a look. But I understand it was a number of years ago.” Trump further noted.

The President asked the reporter who brought up the issue when the grant when given. When she replied 2015, Trump said “2015. Who was president then? I wonder.”

Republican Florida Rep. Matt Gaetz, who had previously raised the issue in an appearance on Fox News, tweeted his approval for Trump’s promise to end the funding:

"The Obama administration gave them a grant of $3.7 million…we will end that grant very quickly."

Thank you President @realDonaldTrump and @SecAzar for committing to end this America Last grant given to labs in Wuhan by the Obama administration! pic.twitter.com/hiubYx0X4K

The President’s promise came with an acknowledgement that the government is investigating the origins of the virus, including the lab in Wuhan:

Fox News reported, meanwhile that the US has launched a ‘full scale investigation’ into the matter, with US intelligence operatives gathering information regarding the laboratory and the initial outbreak.