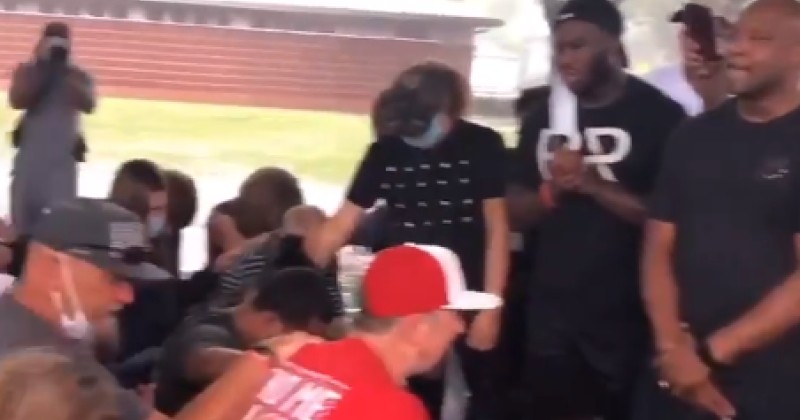 Two separate video clips show white people and police in Portland taking a knee to apologize for “racism” even as cities are burned and looted.

The first clip is captioned, “The white community kneeling down in front of the black community to ask for forgiveness after years of racism.”

The footage shows a group of white people kneeling down before African-Americans while a white man asks God for forgiveness for “years and years of systematic racism” as the black people stood over them weep.

“Black people vandalize the country and assault white people in droves. What do white people do? They kneel down in front of them and ask for forgiveness,” commented one respondent.

Another clip out of Portland shows police taking a knee at the request of protesters before they are hugged and receive a round of applause.

EARLIER: Portland cops in riot gear take a knee at the request of protesters pic.twitter.com/lcEhrbG8fa

Meanwhile, white people who try to defend their property or merely show any sign of not supporting the rioters continue to be viciously beaten across the country.

Don’t expect any apologies for that.