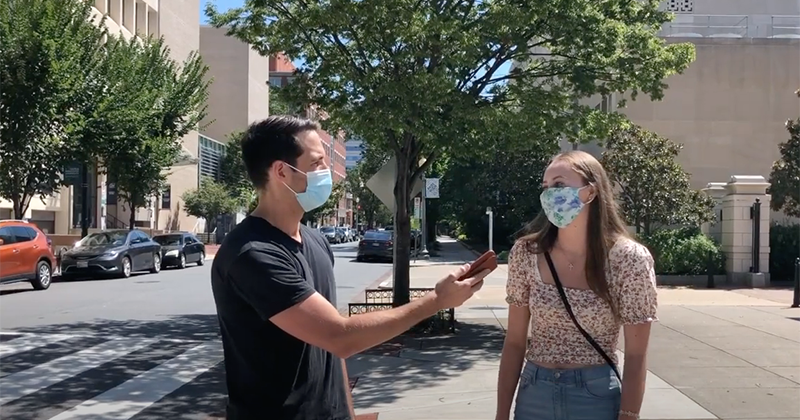 Students at George Washington University in Washington, D.C. couldn’t name any policy of Joe Biden’s and failed to identify anything unique to him when asked by Campus Reform.

After Biden outlined a very generic Democratic platform including “free” college tuition and student loan debt forgiveness, students were asked their opinions and if they could name anything that stood out to them.

“Um, I don’t really know, that is a good question…” said one student, while another noted that “It’s hard to pinpoint what his one thing is at this point.”

Another student commented that Biden’s one notable policy is “that he’s not Trump”, but then admitted there’s nothing else “that I could really put my finger on.”

Another student when asked to name a unique policy of Biden’s said “Phew, um, I don’t know. I was looking through his platform the other day and it all sounded like things I’d heard before from the other candidates, but nothing that was unique to him.”

Other students admitted that they don’t even see Joe Biden as the face of the Democratic party, and that the party is trying to take a centrist approach when it is really dominated by ‘extreme’ leftists.

Of Biden’s approach, one student noted “it feels like pandering, like he’s just trying to say what we want to hear and pushing these things that he knows that probably won’t be possible to make happen.”