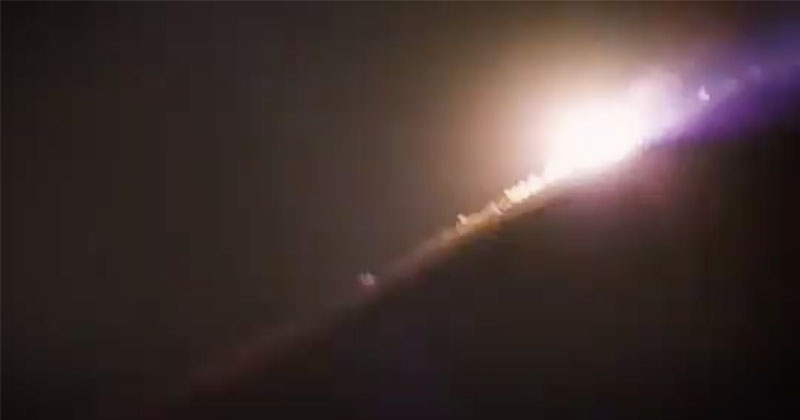 The shadowy Daesh* leader, Abu Bakr al-Baghdadi, was killed in an overnight US-led raid in northwestern Syria according to multiple accounts from the US, Syria, Turkey and Iraq.

Videos have been circulating on social media from the site where Abu Bakr al-Baghdadi, the man behind the recent terror resurgence in Syria and Iraq, reportedly met his end.

Syrian journalist Mohamad Rasheed has shared footage he said was filmed this morning in the village of Barisha in north-eastern Syria, close to the Turkish border.

As he walks through piles of brick rubble, he says US forces have totally destroyed the compound.

As first reported by Newsweek, al-Baghdadi blew himself up using a suicide vest. Sources told the magazine that an airstrike was conducted to prevent the location from becoming a shrine for extremists. US President Donald Trump has confirmed the results of the raid.

In another video, a large crater is seen where al-Baghdadi’s hiding place was likely located.

Footage shows the aftermath of a US raid on the Barisha village in northwest #Syria, where #ISIS leader Abu Bakr al-Baghdadi was reportedly killed. #Baghdadi

Alleged videos of heavy gunfire and airstrikes during the raid have also surfaced online.

ISIL leader Abu Bakr al #Baghdadi is dead. US JSOC op reportedly targeted him in north west Syria close to the Turkish border. He blew himself up and forensic tests are underway. US president is during to make an announcement at 13GMT pic.twitter.com/Ae00A1ubYh

Baghdadi has been mistakenly reported either dead or injured several times in recent years.

Regime change is the specialty of McCain, Obama, McRaven, & the military industrial complex. We’ve told you for years that their partners in fighting ISIS are ISIS. Now Kurd leadership is saying the same thing.