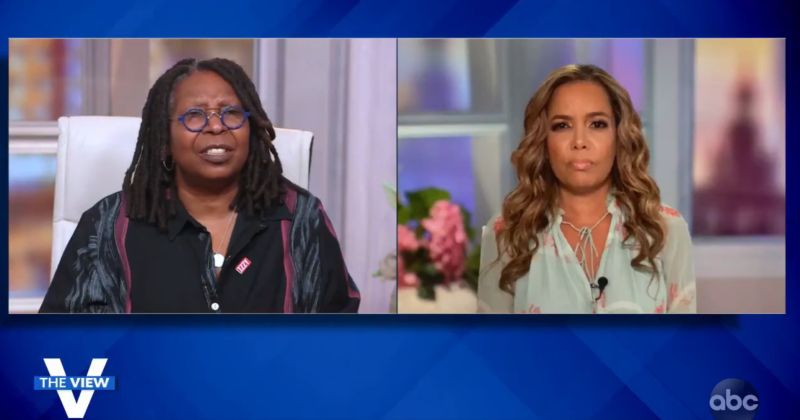 President Trump recently responded to a post on Twitter by saying he would be open to debating Joe Biden in a four-hour discussion with no live audience moderated by Rogan.

Asked by Whoopi Goldberg whether or not she thinks Rogan is qualified to host a presidential debate, as proposed during a recent podcast, Hostin answered with a strong, “No, I don’t.”

“I think it would be inappropriate for Joe Rogan to host a presidential debate,” she said. “I think, given his use of the ‘N’ word, I think given his comparing a black neighborhood to ‘Planet of The Apes,’ given the fact that he has called a transgender woman a man, I think all of that disqualifies him to be the host of a presidential debate.”

BEST FORUM FOR TRUMP VS. BIDEN DEBATE? After Pres. Trump agreed to let podcaster and UFC commentator Joe Rogan moderate a presidential debate, the co-hosts discuss if debates should be modernized. https://t.co/1091s9WYqN pic.twitter.com/LBQAftBgi3

Continuing her rant, Hostin targeted the president, saying, “I think President Trump has debased the office of the presidency. I think as a country we have lost a sense of decorum, and I don’t think a host like that should be someone who is given the honor, and I think it is an honor, to host a presidential debate.”

Talking to co-host Meghan McCain about why she enjoys the current debate format, Hostin said, “I am a traditionalist, as you know. I think that journalists should be hosting these debates. When you talk about a Joe Rogan, who has notably made misogynistic, racist, homophobic comments, that is someone that I have no interest in being given that kind of [stage].”

Joy Behar said she doesn’t even know who Joe Rogan is and suggested Jake Tapper host a debate because he “confronts them with their lies.”