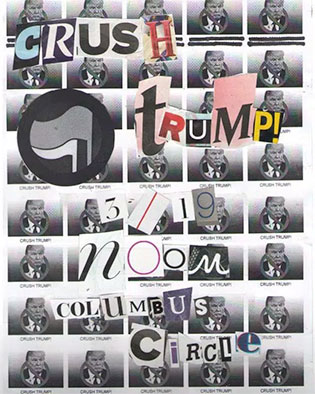 As the video below shows, NYC ANTIFA, which bills itself as an “anti-fascist” group, has joined the protest at the Trump Towers in New York.

ANTIFA has roots in the German communist party and takes its political stance from Leon Trotsky who said “fighting squads must be created” and “flabby pacifism” would not be acceptable in the struggle against fascism.

In the 1970s the Anti-Nazi League (ANL) was launched by the Socialist Workers Party and, after the socialists ejected them, Red Action was established. It is a British group that “enthusiastically espouses the use of violence.”

Although this variant ceased to exist as of 2001, it was revived as ANTIFA by the Anarchist Federation, Class War, and No Platform. ANTIFA imitated AFA’s stance of physical and ideological confrontation with patriots.

It should be noted that many so-called anarchist groups, including Black Bloc, have been infiltrated by the police.

Black Bloc and other compromised groups initiated violence at the G20 protest in Britain and torched a hotel in Strasbourg during a NATO summit.

In 2007 several provocateur cops were caught posing as Black Bloc anarchists during a North American Union summit in Montebello, Quebec.

In 2011 G8/G20 summit documents revealed the Canadian RCMP dispatched poseurs and agents provocateurs to infiltrate the ranks of anti-war, anti-globalization and anarchist groups. Anarchist violence has been used by police to justify heavy-handed tactics against peaceful non-violent protesters.

ANTIFA follows the standard radical leftist line, as evidenced in a Facebook post ahead of the protest in New York:

Donald J. Trump has made headlines in recent months with his divisive rhetoric, hate speech, and extremist plans to “make America great again”. We, in fact, believe this will do the opposite to this nation. Trump’s policy threatens many of us in the Latino, Muslim, LGBT, and other communities. These policies and this type of speech has no place in this country, and certainly does not have a place in the city that Trump grew his empire in, which is considered such a melting pot and home for many of the same characters Trump continues to wage war on. Join us at Columbus Circle as we march to Trump Tower as we say no to hate, no to divisiveness, no to fascist policies, and most importantly, no to Donald J. Trump. 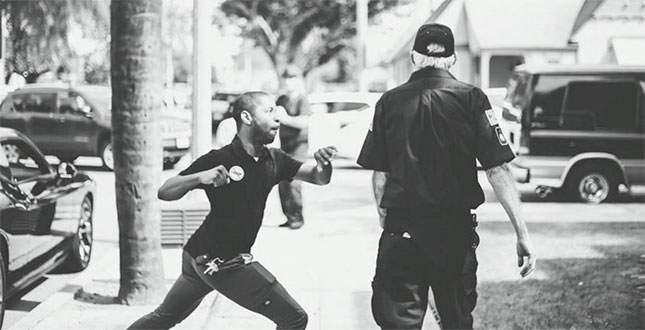 It is likely ANTIFA will provoke violence at the rally in New York. As the disruption of a Trump rally in Chicago revealed, this is now the preferred tactic of radical leftists, communists and faux anarchists as they impose their radical authoritarian ideology on America.