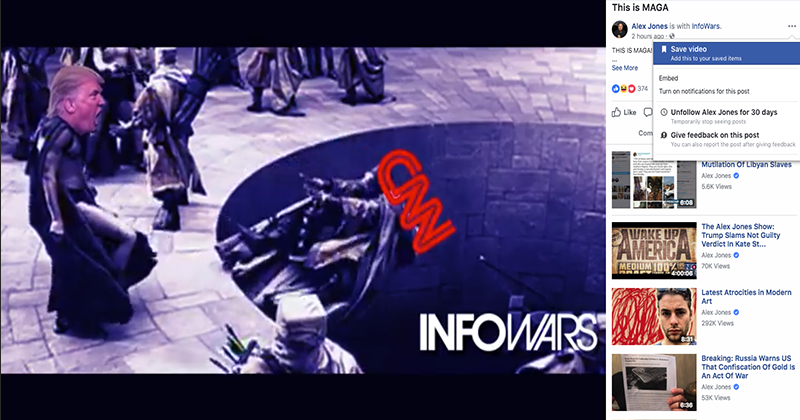 An Infowars video that has been seen by nearly one million people, “Flashback: Trump Warned France of Terrorist Attack,” has now been censored by Facebook, saying it may show graphic violence or gore.

The site will not allow us to embed a playable version onto this page. 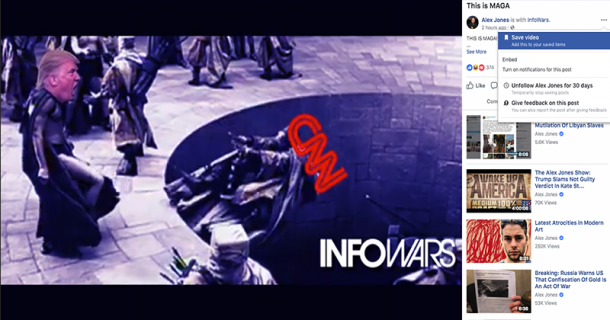 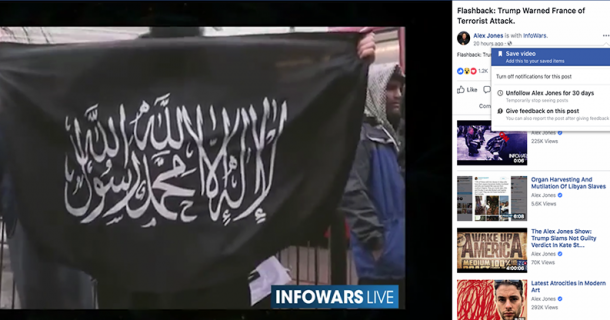 Watson writes, “YouTube has censored a video critical of radical Islam in yet another example of how big websites are silencing more moderate voices and allowing extremists to fill the void. The video, entitled The Truth About Trump & Britain First, had received over 150,000 views before it was hidden behind an interstitial that reads, ‘The following content has been identified by the YouTube community as inappropriate or offensive to some audiences.’ Users have to be signed in to watch the video, while comments, likes, and views have all been removed. This is a form of “limited state” soft censorship that prevents a video from being shared or going viral.” 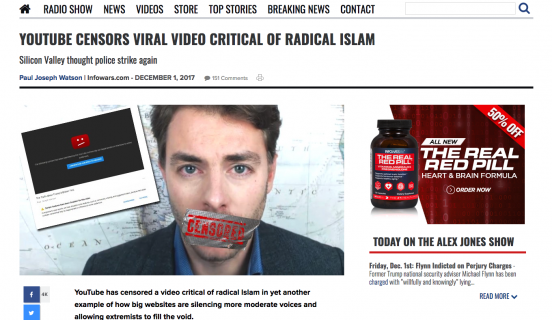