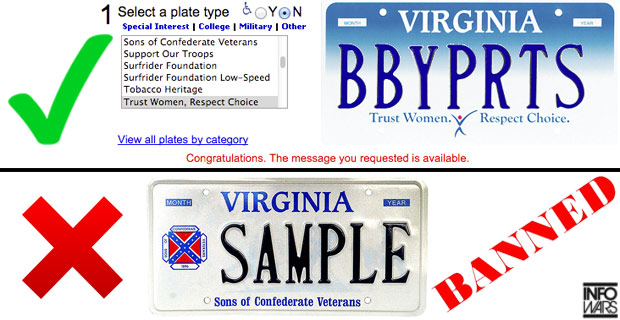 The state had previously issued around 1,700 Sons of Confederate Veterans license plates with an image of the Confederate battle flag, but now Virginia is replacing them with plates with a flagless design.

“The affected motorists will be sent new Sons of Confederate Veterans tags along with a letter telling them they have 30 days before the old plate is invalid…,” The Virginian-Pilot reported. “However, the replacement tag doesn’t exist yet.”

“The Dept. of Motor Vehicles will work with the heritage group to come up with a new flagless plate design, [DMV spokesperson] Brubaker said, then the plate has to be manufactured and sent to holders of the specialty plate.”

Virginia, however, will continue to sell pro-abortion “Trust Women, Respect Choice” Planned Parenthood license plates, the proceeds of which help fund the organization, despite the shocking undercover videos showing Planned Parenthood discussing the sale of aborted baby parts for profit. 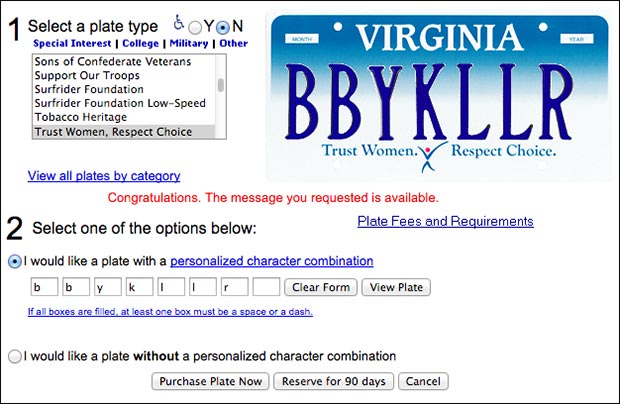 “As a revenue-sharing plate, after the sale of the first 1,000 qualifying plates, $15.00 of the $25.00 fee is transferred to Virginia League for Planned Parenthood and used to provide women’s health services in Virginia, but shall not be used to provide abortion services,” the Virginia DMV states.

But considering that the vast majority of pregnant women who visit Planned Parenthood get abortions, the state-approved plates definitely serve to encourage women to consider terminating their pregnancy at the very least.

And because Planned Parenthood resells aborted babies for profit, and will even modify their abortion procedures to ensure the most profitable baby parts are saved, why does Virginia not have a problem with selling the organization’s license plates?

And why does Virginia consider the Confederate flag plates worse than Planned Parenthood plates?