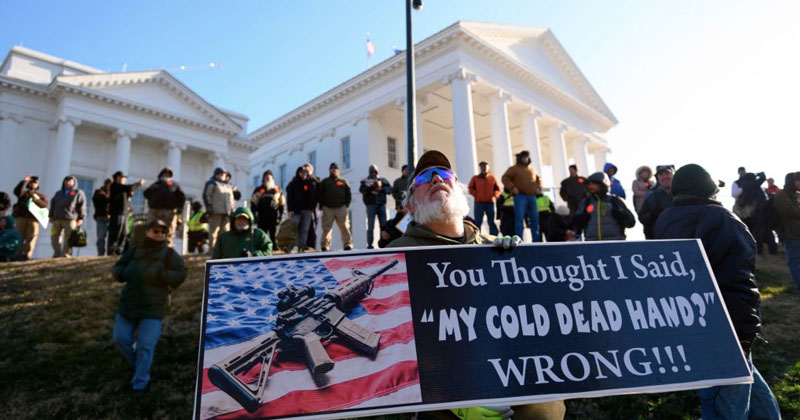 The Democrat-controlled government of Virginia has delayed an “assault weapons” ban passed by the House of Delegates last week, dealing a major blow to Gov. Ralph Northam’s gun control agenda.

Four Democrats joined Republicans on the State Judiciary Committee to delay the bill for one year, while the state’s crime commission will study the issue.

The bill, known as HB961, would have banned the sale of semi-automatic rifles it considered “assault weapons,” including the AR-15 rifle, as well as the possession of magazines that can hold at least 12 rounds.

The governor’s spokeswoman said he’s disappointed with the result but determined to continue to press for the measure.

“We will be back next year,” Alena Yarmosky hissed.

“This is a victory for honest, hard-working Virginians who shared their support for the Second Amendment in rallies on the capitol, in one-on-one meetings with their lawmakers, in letters-to-the-editor, and in phone calls, emails, and texts to their state senators,” she said in a statement.

“We thank the senators on the judiciary committee for listening to their constituents and delivering a bi-partisan defeat of an egregious gun ban that would have criminalized law-abiding gun owners.”

This comes after thousands of patriots from around the country – including Alex Jones himself – peacefully descended upon Richmond last month to voice their support for the Second Amendment and protest Northam’s administration.

But Virginia’s government didn’t listen. The Democrat-led House passed HB961 by a vote of 51-48 last week.