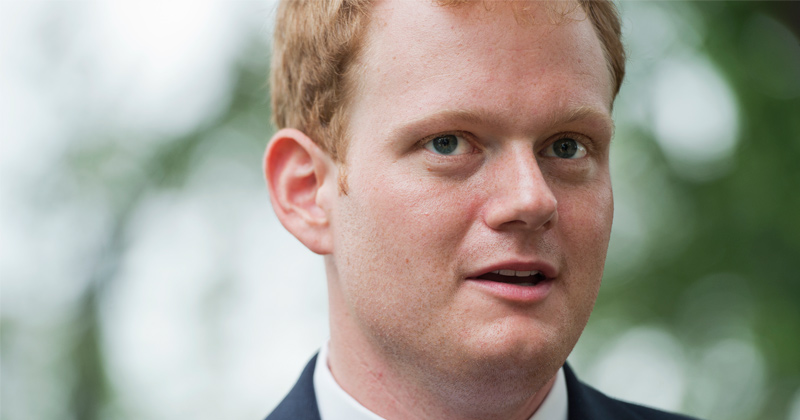 A Virginia state lawmaker was let off with a warning by police during a DUI stop in Christiansburg in which police say he blew a .085, a level above the legal limit.

Democratic legislator Chris Hurst said he was sorry about the incident that occurred at 2 a.m. on Sunday.

“I am very sorry this happened and take full responsibility for exercising such poor judgment,” he said in a statement. “This mistake is not something I take lightly. The work before us in the General Assembly this session is more important than ever before. I look forward to continued efforts to build a better 12th District and Commonwealth of Virginia.”

The police officer said he didn’t arrest Hurst because his blood-alcohol level “could likely be” within the legal limit by the time a court-admissible test was administered, WTVR reported.

But more interestingly, the Christiansburg Police Dept. said lawmakers are “immune from arrest while the General Assembly is in session” due to a clause in the Virginia constitution:

“Additionally, according to Section IV, Article 9 of the Constitution of Virginia, unless they have committed treason, a felony, or a breach of peace, legislators are immune from arrest while the General Assembly is in session.

Neither the officer nor Hurst mentioned this law, but the officer was aware of the law’s existence, because it’s taught during the police academy.

This provision of the State Constitution makes it highly unlikely that Hurst could have prosecuted in court even if he had been arrested. The officer weighed all of the factors and made a judgement call, as is done each and every time an officer decides whether or not to make an arrest. The officer, Lt. Stephen Swecker, is highly experienced in DUI detection and enforcement. He has been recognized and awarded by Mothers Against Drunk Driving on at least four occasions for his performance in this area.”

The Democratic-controlled Virginia legislature has been in national headlines recently because lawmakers have been pushing though several gun control bills despite mass statewide opposition.

This is likely “the work” Hurst is alluding to in his statement that’s “more important than ever before,” considering that he ran for office on a gun control platform.

Opposition to gun control in Virginia is so widespread that the majorities of counties have passed ‘Second Amendment Sanctuary’ resolutions implying that local law enforcement won’t enforce anti-Second Amendment laws passed by the state.

Additionally, thousands of gun rights activists recently rallied outside the state capitol in support of the Second Amendment.