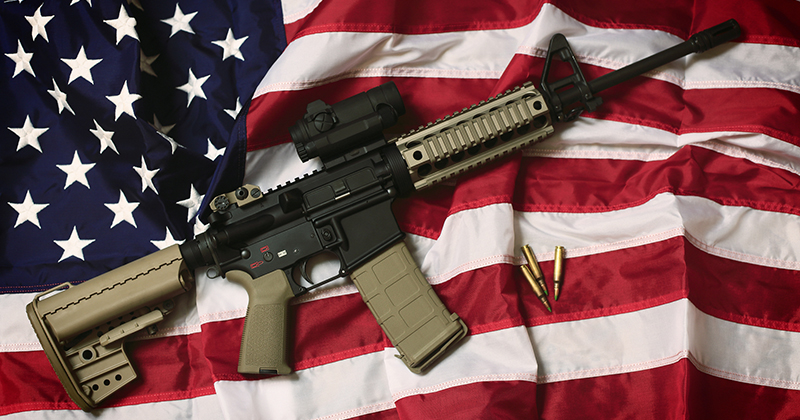 The leftist cultural imperialists who took control of Virginia last election thanks to immigration and demographic shifts are going full steam ahead with their plan to fundamentally transform the state into a mirror image of San Francisco.

The Virginia state Senate voted Wednesday to advance a “red flag law” bill, one of many gun safety measures Democrats are looking to move through the state Legislature after taking control of both chambers.

The bill — SB 240, also known as an extreme risk protective order — creates a procedure for authorities, including law enforcement officers and attorneys, to apply for an emergency substantial risk order to prohibit “a person who poses a substantial risk of injury to himself or others from purchasing, possessing, or transporting a firearm.” Under the proposal, if such an order is issued, a judge or magistrate can issue a search warrant to remove firearms from that person.

The state Senate passed the measure in a party-line vote of 21-19. It now moves to the state House of Delegates for consideration.

Rural Virginians who are being run over by these cultural imperialists should seriously take a look at seceding and joining West Virginia.

Legislators in West Virginia just last week put forward a bill to prohibit all “past, present and future” federal gun control in their state.

As the Tenth Amendment Center reports:

A bill introduced in the West Virginia House would set the foundation to create a gun sanctuary state by prohibiting enforcement of past, present and future federal gun control. Passage into law would represent a major step toward ending federal acts that infringe on the right to keep and bear arms within the state in practice and effect.

Del. Joe Jeffries (R-Putnam), along with 10 Republican cosponsors, introduced House Bill 4168 (HB4168) on Jan. 14. The legislation would ban any person, including any public officer or employee of the state and its political subdivisions, from enforcing any past, present or future federal “acts, laws, executive orders, administrative orders, court orders, rules, or regulations” that infringe on the right to keep and bear arms.

Nothing could be funnier than all these sanctuary counties seceding and leaving behind a husk of a state!