UPDATE: The shooter has reportedly shot himself.

UPDATE: the shooter is live tweeting at https://twitter.com/bryce_williams7 – the page includes new videos of the horrific shooting. Twitter quickly suspended the account.

He says his motivation was the victim, Alison Parker, making “racist comments”.

The shooter says his motivation was the victim making “racist comments”. #WDBJ pic.twitter.com/aBLeW6Jtqw

UPDATE: The shooter has reportedly been identified as a black male named Lester (or Vester) Lee Flanagan, known on air as “Bryce Williams”. The Governor says an arrest is imminent following a high speed chase. The shooter is reportedly a disgruntled ex-employee.

A reporter and a cameraman were shot dead live on air this morning in Franklin County, Virginia. Video footage of the incident shows a chilling glimpse of the gunman.

“WDBJ cameraman Adam Ward was filming reporter Alison Parker interviewing Vicki Gardner, the local chamber of commerce director, for a light-hearted segment at 6:45am when about eight shots rang out,” reports the Daily Mail.

“Screams are then heard as the women duck and the camera falls to the floor. A person dressed in all black is then seen standing nearby with what appears to be a gun raised in one hand pointed at Ward.”

Ward and Parker were later confirmed dead. Gardner was shot in the back and is in surgery.

The gunman, who fired six or seven times, is still on the loose. Police are reportedly chasing the shooter on Interstate 81. The Bureau of Alcohol, Tobacco, Firearms and Explosives is involved in the manhunt.

A close up image of the gunman quickly circulated on Twitter.

This is horrific. Hope this monster is caught immediately. http://t.co/ADj1VlFE48 #WDBJ pic.twitter.com/M445agHK3Z

Liberals are already exploiting the tragedy to push gun control.

.@Olivianuzzi It took you all of what, an hour, to politicize this?

Parker had been dating WDBJ-TV anchor Chris Hurst, who subsequently posted a series of heartbreaking tweets.

We didn’t share this publicly, but @AParkerWDBJ7 and I were very much in love. We just moved in together. I am numb. pic.twitter.com/tUrHVwAXcN

We were together almost nine months. It was the best nine months of our lives. We wanted to get married.We just celebrated her 24th birthday

She was the most radiant woman I ever met. And for some reason she loved me back. She loved her family, her parents and her brother.

I am comforted by everyone at @WDBJ7. We are a family. She worked with Adam every day. They were a team. I am heartbroken for his fiancee.

This page will be updated as more news breaks. 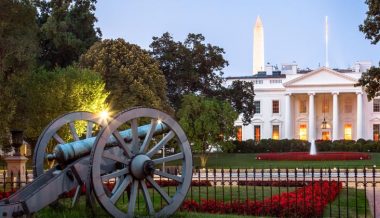 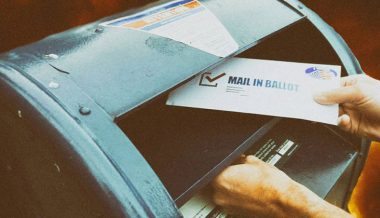