The impeccably coiffed and slick salesman of Obama administration lies seemed to get his propagandisms tangled while laboring through an answer regarding Donald Trump’s reactions to the supposed “Russian hack” of the election.

“I’ve tried to avoid responding to some of the charges from the President-Elect’s Twitter feed, and what I’ve tried to do is just present objective facts,” Earnest said. “I think that the objective fact that’s relevant here is the intelligence community, a month before the election, came forward and presented a unanimous view – a high-confidence assessment – that China was engaged in malicious cyber activity to destabilize our political system.”

A reporter in the audience immediately corrected Earnest, saying, “You said China, you meant Russia,” to which Earnest sheepishly concurred.

When a follow-up question was asked regarding former U.N. ambassador John Bolton’s proposition that the “Russian hack” narrative could potentially be an Obama administration “false flag,” Earnest denounced Bolton and all who have similar concerns as “irresponsible conspiracy theorists.”

“I will rule out that the United States, in any way, engaged in the kind of false flag operation that a wide range of irresponsible conspiracy theorists have put forward,” Earnest said. “So we can dispense with that.”

The assertion of a ‘unanimous’ assessment of foreign interference – Chinese, Russian, or otherwise – flies in the face of a post-election report from a senior administration official from November 26, that states, “The Federal government did not observe any increased level of malicious cyber activity aimed at disrupting our electoral process on election day. As we have noted before, we remained confident in the overall integrity of electoral infrastructure, a confidence that was borne out on election day. As a result, we believe our elections were free and fair from a cybersecurity perspective.”

“That said, since we do not know if the Russians had planned any malicious cyber activity for election day, we don’t know if they were deterred from further activity by the various warnings the U.S. government conveyed.” 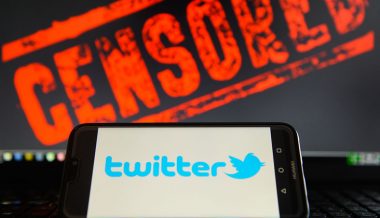