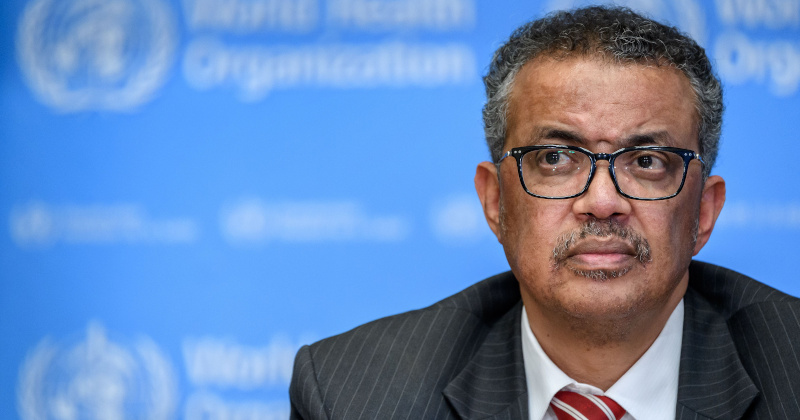 The World Health Organization Wednesday declared the coronavirus outbreak a pandemic, with 114 countries confirming cases, while the United States announced a European travel ban and the National Basketball Association said its games are on hold for now.

“In the past two weeks, the number of cases of COVID-19 outside China has increased 13-fold, and the number of affected countries has tripled,” WHO chief Tedros Adhanom Ghebreyesus said Wednesday.

Tedros said his organization has “rung the alarm bell loud and clear,” and that countries “can still change the course of this pandemic.”

U.S. President Donald Trump addressed the nation from the Oval Office Wednesday night, declaring “the virus will not have a chance against us,” and announcing a 30-day suspension of all travel from Europe to the United States, starting Friday. Travel from the United Kingdom is exempt, as are U.S. citizens, legal residents and their immediate families.

Trump also announced financial relief for people and businesses affected by the virus.

There are more than 1,200 confirmed cases in the United States. When there were just 15 cases last month, Trump said that number would soon drop to zero. It has since spread to about 40 of the 50 U.S. states. Thirty-eight people have died.

“Bottom line, it’s going to get worse,” the head of the National Institute of Allergy and Infectious Diseases, Anthony Fauci, said Wednesday.

Fauci says how much worse depends on the U.S. government’s ability to control the number of travelers coming into the U.S. and local efforts to contain the virus.

Canadian Prime Minister Justin Trudeau announced a $728 million package to fight the virus, much of which will be used to develop a vaccine.

All museums and schools in Spain are closed. Denmark has also shuttered schools and Britain announced a multibillion-dollar package to boost the country’s health care system and to also help businesses taking an economic hit.

Festivals and any kind of event that attracts large crowds and brings people close together have been canceled across much of Europe.

Impact on sports players and events

The NBA announced late Wednesday it is suspending its season until further notice after a player for the Utah Jazz tested positive for coronavirus.

That followed a decision earlier by the National Collegiate Athletic Association to play its popular annual “March Madness” basketball tournaments without fans.