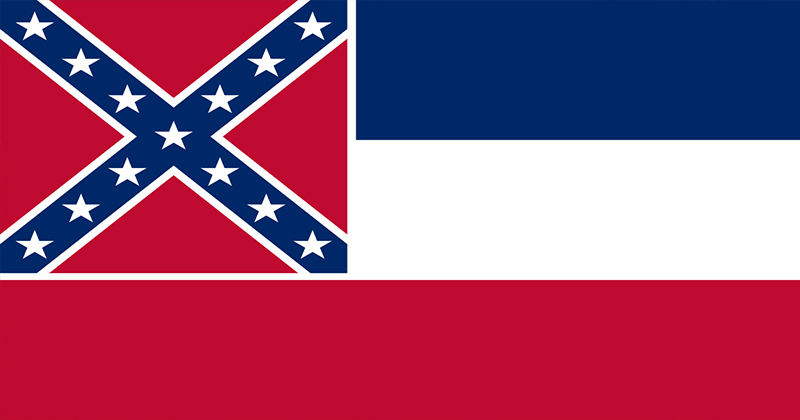 Wal-Mart just joined the SEC (the collegiate athletics conference, not the federal agency) in pressuring the state of Mississippi to change its state flag, which is the only state flag among the 50 that presently incorporates features from the Confederate Flag.

According to Reuters, the country’s largest brick-and-mortar retailer says it will not display Mississippi state flags in its stores, and will remove all items from its website bearing the symbol.

The decision follows a wave of public indignation over the sale of “All Lives Matter” branded merchandise on Wal-Mart’s e-commerce website. Mississippi lawmakers are weighing whether to remove the Confederate Battle Flag features from the state flag now that the SEC and NCAA are threatening the state’s most prized institution, Ole Miss, and its ability to continue bringing home NCAA championships.

A powerful protestant group, the Mississippi Baptist Convention, which sports more than 500,000 members at more than 2,100 churches, demanded that state leaders adopt a new flag, which helped inspire Wal-Mart to take the flag out of its stores.

“While the issue continues to be discussed, we’ve made the decision to remove the Mississippi state flag from display in its current form from our stores,” a Wal-Mart spokesman said.

Separately, social media users complained over links to products like an “All Lives Matter” shirt for sale on Wal-Mart’s Canadian site. The company later clarified that the item was sold by a third-party seller using its platform.

As the global backlash to “racist” symbols – a category that runs the gamut from Confederate monuments, to monuments to Columbus, to other historical figures with little connection to the Confederacy – intensifies, anything that remotely celebrates the legacy of the Confederacy is being declared taboo, as most mainstream businesses do everything in their power to disassociate from these symbols and the people who value them.