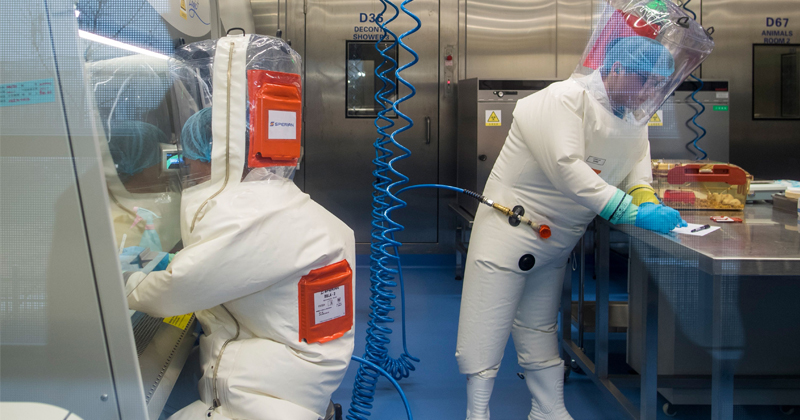 On Monday, NBC News published a puff-piece for the Wuhan Institute of Virology – giving controversial lab which ‘could pass for a college campus’ a glowing review after a five-hour visit and interviews with several employees.

The report slams the Trump administration for showing “no credible proof to back up claims that the coronavirus was either manufactured at or accidentally leaked from the lab,” while helping the CCP dispute an April Washington Post report over US Embassy cables warning of safety issues at the facility.

The author of the WaPo piece, Josh Rogin, has just shredded NBC News over their report – which he says contains ‘several errors.’

Wang Yanyi, director of the WIV, told NBC reporters the U.S. officials visited in March 2018, two months after the first cable was written. The truth is they visited three times, both before and after the Jan. 2018 cable. Did U.S. officials make an entire visit? Not likely..

That calls into question Wang’s credibility. She also says biosafety was not discussed. Again, calling several U.S. diplomats fabricators? NBC reports that without any pushback. But there’s more…

The NBC reporters toured the lab, as if that would tell them anything. What did they expect to find, a piece of paper they forgot to throw out that says “Coronavirus Origin Evidence”? It’s absurd to think that has any probative value. But there’s more…

The NBC report says that Fauci "discounted the idea that the virus had accidentally escaped from a lab." If you read the interview, Fauci said its not important if it was a lab accident (which is wrong) but not that he rules out the possibility. https://t.co/h5HB1teyzX


This, from Yuan, the Wuhan institute’s vice director is interesting and true: “So far, there is no evidence to show that the novel coronavirus jumped from animals to people in Huanan Seafood Market in Wuhan.” No evidence.

Overall, the Chinese scientists can’t be blamed for toeing the Party line. They deviate from that under penalty of death. But U.S. news organizations must do better than presenting a walk around a lab and an interview with falsehoods in it as telling us anything about the virus.

Rogin then explains why the truth matters:

The actual origin story is critically important scientifically to understanding how the outbreak started and therefore how to fight it and how to prevent the next one. Should we spend our time shutting down wet markets or stopping risky bat research? Get it?


Alex Jones exposes the Dems’ open attempts to hijack the office of the president if Biden can’t steal the election.