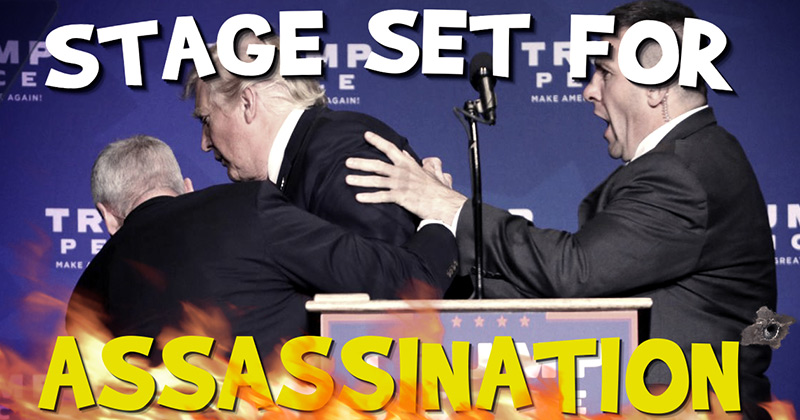 The establishment might have finally set the stage for the perfect false flag to bury the president.

We all know the evil Democrats would love to orchestrate a JFK-style coup to get rid of Trump, but fear the repercussions would mean another Civil War in America.

Normally, the criminal elite would not be opposed to a Civil War as long as they were able to maintain order out of chaos.

However, the assassination of Trump would not work in their favor.

American patriots on the streets and within the military would rise up and destroy the Democratic Party and their brainwashed supporters with a vengeance.

Enter the enemy within the Trump administration: the neocons.

The recent decision to authorize a U.S. airstrike that barbecued Iran’s top general Qasim Soleimani was a bold and justified response to Iran’s terrorist campaign throughout the Middle East.

Nobody mourns the death of Soleimani, may he rot in hell, but the action could very well set the course for a much larger conflict in the Middle East and might have sealed the fate for President Trump here at home.

Now, both sides of the establishment (left and right) have the opportunity they’ve been waiting for; the ultimate false flag attack to strike down our president!

Because now, if Trump gets assassinated, the American people will no longer suspect the criminal cartel operating the Deep State.

Instead, they will blame the murder on Iran and the American media will fully support that narrative.

This will ultimately prevent Civil War and divert the people’s anger away from the treasonous Democrats.

The death of Trump would mean no indictments against Democratic leaders, Hollywood celebrities, wealthy elites like George Soros and criminal operatives within the mainstream media.

The establishment would regain total control of the White House, the American public would be duped into another war and the Military-Industrial Complex would once again be satisfied.

Am I saying this will absolutely happen?

This is not a prediction, this is a warning.