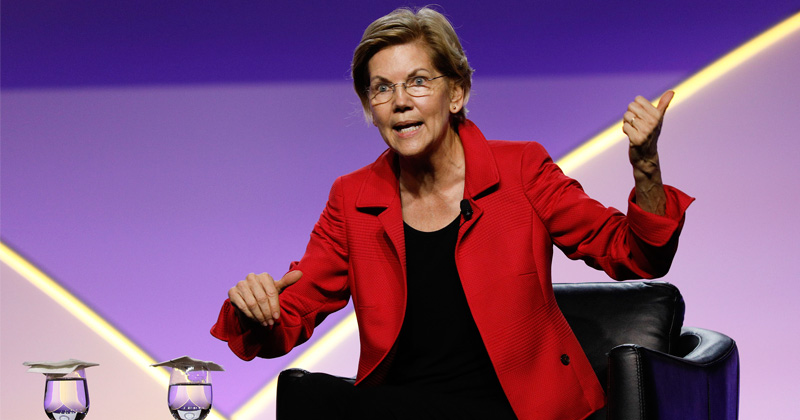 After spoiling Super Tuesday for Bernie Sanders, Elizabeth Warren has dropped out of the presidential race.

Due to her previously poor showings, Warren had no practical pathway to the nomination even before Super Tuesday, but by staying in the race nonetheless, Warren was able to take votes away from Sanders as they competed for progressive votes while Biden had practically all the moderate votes to himself.

This is why Biden did much better than anticipated and took states which Sanders was expected to win.

Warren had zero voter momentum going into Super Tuesday, so it made absolutely no sense for her to stay in the race unless there was a back door deal made to block Sanders.

Biden’s moderate competition, Pete Buttigieg, actually had more reason to stay in but he dropped out right before Super Tuesday, which was very interesting timing considering that it gave Biden a momentum boost.

It’s been suggested that Warren was encouraged to stay in the race by establishment insiders who wanted to block a Bernie Sanders nomination, and if true it won’t be surprising if she endorses Biden despite claiming on the campaign trail that she’s a progressive ideologue like Sanders.

Warren may have painted herself into a ‘credibility crisis’ corner, according to the Conservative Treehouse.

“If Senator Elizabeth Warren takes the Bloomberg cash and endorses Joe Biden she will lose any/all progressive credibility; albeit fraudulently based credibility built upon a need to hide her limo-liberal bona fides,” the outlet stated. “She will also be targeted by the most vocal left-wing elements of the Bernie-AOC caucus for selling out.”

“If Senator Warren goes with Bernie Sanders, she can retain her progressive title, but will lose all inside DC political capital and be on the wrong side of the party apparatus. Or, put another way, it could cost her millions.”

“So, what will she do?… Credibility or CASH… which is more valued?”

Dr. Steve Pieczenik reveals the reasons why the Democrat Party is deteriorating from within.