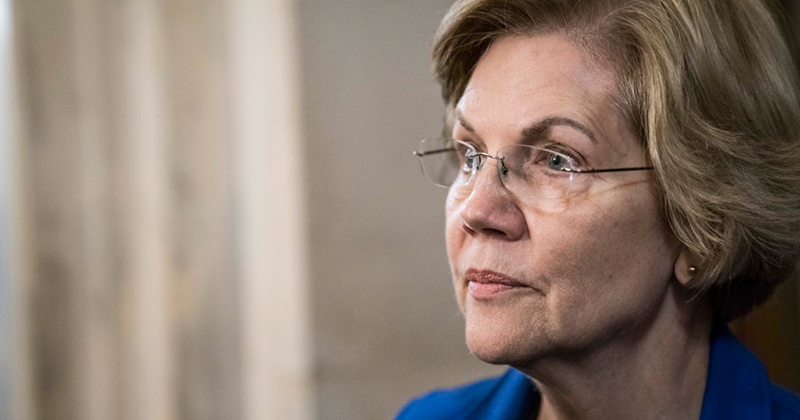 Senator Elizabeth Warren today laid out her process for nominating a new Secretary of Education if elected, providing a glimpse into her educational priorities ahead of the first Democratic primary contest next week.

The deciding factor, Warren said, will be the recommendation of a “young trans person” she tasks with interviewing potential nominees.

This in reference to a question about sex education/LGBTQ history in public schools. pic.twitter.com/txyt6OI6FX

Warren explained how it will work during a stop at the NewBo City Market in Cedar Rapids.

“For my Secretary of Education, the first, it has to be someone who’s taught in a public school,” Warren told the crowd as she raised her right arm for applause. “Hello!

Savanah and Harrison break down a shocking report that New York public schools will soon be incorporating drag queen story hour events on school grounds for children in the 1st grade.

“And part two, because it came from a young trans person who asked about welcoming community, I said it starts with the Secretary of Education, who has a lot to do with where we spend our money, with what gets advanced in our public schools, with what the standards are,” she continued.

Folks online were not impressed.

“And we think our government officials are incompetent now …” Grand Admiral Nick added.

“I don’t remember seeing a candidate pander the way Warren does, it’s remarkable in a very embarrassing way,” Robert B wrote.

Throughout her 2020 campaign, Warren has been dogged by critics who contend she’ll say anything for a vote, particularly LGBTQ votes.

At the Democratic debate in December, Warren promised to host a special ceremony for all of the transgendered folks who are killed every year – estimated at 26 people out of a U.S. population of about 330 million in 2018, The American Mirror reports.

Experts estimate transgendered Americans comprise about 1 percent of the population.

“Here is a promise I make,” Warren told America in December. “I will go to the Rose Garden once every year to read the names of transgender women, of people of color, who have killed in the past year.”

“The transgender community has been marginalized in every way possible, and one thing the president of the United States can do is lift up attention, lift up their voices, and lift up their lives,” she said.

Warren has other policies in the works to protect transgendered people from other issues like homelessness and unfair prison rules, as well, she said.

“I will make sure that we read the names so that as a nation, we are forced to address the particular vulnerability on homelessness,” Warren said. “I will change rules now that put people in prison based on their birth sex identification rather than their current identification.”