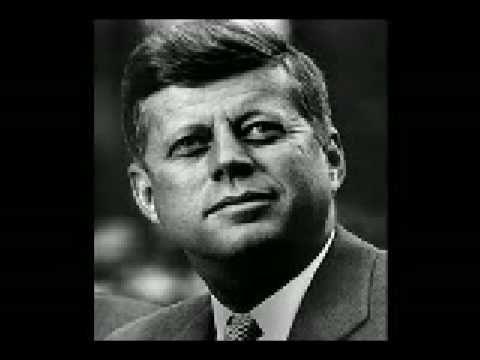 John F Kennedy was a very pivotal and controversial figure of the last century. He came directly from the blue-blood stock of the North-East and was our country’s first Catholic president. He was by no means a perfect man, but he presided in the office during a very tumultuous time and made some startling decisions that made clear his commitment to liberty.

The assassination of Kennedy was a watershed moment in the history of the United States. In one fell swoop the veil of reality was torn away to reveal the ugly truth. There are countless theories that we won’t get into, but the fact remains that the Kennedy’s death was evidence of a dark shadowy power, displeased with Kennedy’s actions, that removed him from office in the most brutal and pubic way.

Why were the globalists driven to such a bold and brash act? It is possible that his powerful speech against conspiracies, excoriating the globalists and dragging them into the light so infuriated the powers that be that they decided to murder him in cold blood?

Another reason he might have been deposed so violently was that he was pushing to move us away from the Federal Reserve system. He reintroduced silver certificates and was planning on shifting us away from the fiat money system that the globalists had installed, to control our economy and ultimately our lives.

From different angles John F. Kennedy was certainly a flawed human like the rest of us. But he did courageously stand up to the threat of Nuclear war, the out of control CIA and the Globalists. For these reasons alone he deserves our respect and should be held as inspiration for those of us who fight tyranny and hope for a world empowered by liberty.