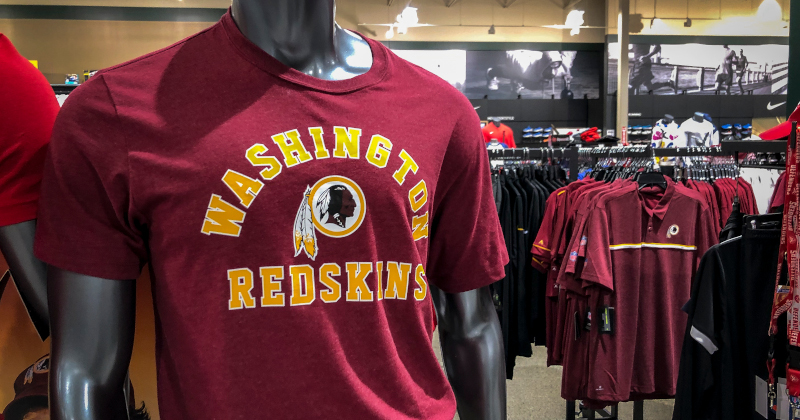 The Washington Reskins have confirmed the name and logo will be “retired.”

New name suggestions are popping up on social media but this seemed perfect:

So … what does everybody think the new Washington Football Club name should be? I’m leaning toward the Washington Swamp Creatures. Imagine the mascot possibilities! pic.twitter.com/BILOOfwwci

And if you wondered why they are delaying the announcement of the new name:

Why don't the Redskins have a new nickname planned yet? Probably because some realtor in Alexandria beat them to the punch and trademarked every single possible new Redskins nickname. Well, played sir. pic.twitter.com/0an4apXaZy


As JustTheNews.com’s Sophie Mann detailed earlier, the decision comes amid mounting pressure from corporate sponsors and the national emphasis on the discussion of race.

Last week, Coach Ron Rivera said he hoped the new name would be in place ahead of the 2020 NFL season. Though it will not be revealed today, the team’s new name could be disclosed within the next two weeks.

According to the Washington Post, the team’s new name, which was selected by team owner Daniel Snyder as well as Coach Rivera, is bound up in a trademark fight at present.

The decision to change the team’s nearly nine-decade-old name stems from heightened criticism of the franchise by corporate sponsors, including FedEx, which is the franchise’s top sponsor and owner of the team stadium’s naming rights.

In early July, FedEx asked the team to change its name, and later told Snyder the company would remove its name from the stadium if the team name did not change.

PepsiCo, Nike, and Bank of America made similar demands. Snyder and Rivera reportedly began discussing a name change toward the end of May, and the national discussion surrounding race picked up steam.