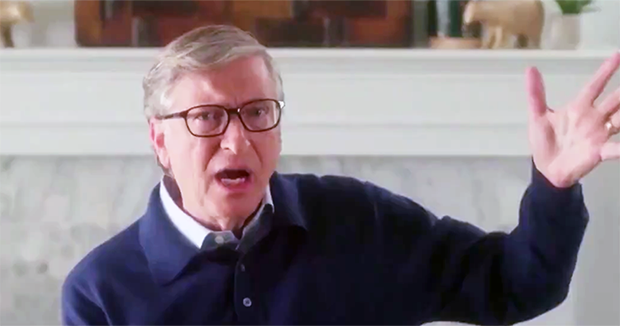 Pandemic playboy Bill Gates has attacked the US response to the coronavirus outbreak, while defending China’s actions, claiming that the communist state “did a lot of things right at the beginning,” even though it failed to warn global health authorities and attempted to cover up the true scale of the crisis.

Appearing on CNN (of course), Gates claimed that “China did a lot of things right at the beginning,” but conceded that “Like any country where a virus first shows up, they can look back and see where they missed some things.”

Does silencing whistleblowers and lying about transmissibility count among the “right things”?

When CNN’s Fareed Zakaria asked Gates what he thinks about China’s lies and deception, the billionaire replied that it is “a distraction.”

Bill Gates claims that criticisms of how China lied and covered up the coronavirus is a “distraction”: “China did a lot of things right at the beginning … they avoided the incredible economic pain … I think there’s a lot of incorrect and unfair things said”

This is all a lie pic.twitter.com/RlbwV0fUcA

“How would you respond to the charge that the Chinese covered this up, they essentially deceived the rest of the world, and as a result, they should be held in someway responsible for this?” Zakaria asked.

“Well, I don’t think that’s a timely thing because it doesn’t affect how we act today,” Gates responded.

In addition, Gates attacked the US government’s response to the outbreak, saying that “Some countries did respond very quickly and get their testing in place and they avoided the incredible economic pain, and its sad that even the US, that you would have expected to do this well, did it particularly poorly.”

Gates, who stands to profit in the billions, then urged that the only thing on everyone’s minds now should be “to take the great science we have, the fact that we’re in this together, fix testing and treatments and get that vaccine.”

Alex Jones breaks down the history leading up to Bill Gates’ heading up of the largest death cult on the planet.

It is obvious that Gates would take this position, given that he basically is the World Health Organisation.

The WHO has faced global shame for parroting the dangerous lies of a tyrannical regime, which is still claiming fewer than 5000 deaths in the whole of China from COVID-19.

Gates’ foundation is now the WHO’s biggest patron, since the US halted all funding to the organisation.

While most expressed disgust at Gates’ comments, China enjoyed the interview, and immediately used it as propaganda: