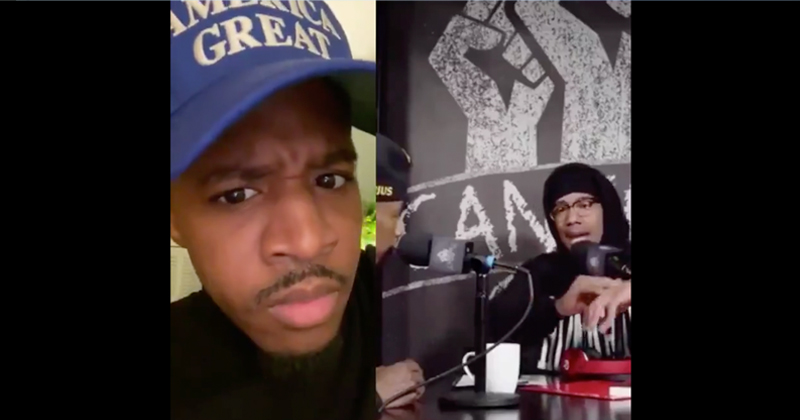 Pro-Trump comedian Terrence Williams tore into actor Nick Cannon after he claimed on a recent podcast that white people are “closer to animals” and “a little less.”

Cannon made the anti-white comments during a podcast last month, where he claimed white people did not possess the “melanated [sic] power” from the sun black people have, causing whites to have “low self-esteem” and “act out of a deficiency so the only way they can act is evil.”

Speaking directly to Cannon, Williams explained how his views actually come from a place of racism.

“Listen up, Nick Cannon, and listen closely: You are part of the problem,” Williams tells the actor.

Watch the rest of Williams’ tirade below:

Nick Cannon is a racist black man and yes black people can be racist too!!
Snoop Dog is racist too.

I HAVE MESSAGE FOR @NickCannon

This video exposes the hate, the racism, emotional immaturity, and the tendency to violence of a highly regarded Black Lives Matter activist in the UK.