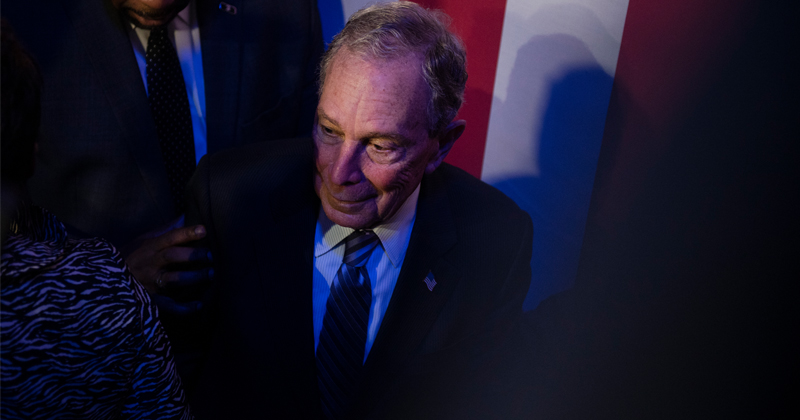 Dan Bidondi, a host on TruthRadioShow, and Will Turbitt confronted Bloomberg regarding Epstein and also Bloomberg’s anti-gun advocacy.

Ghislaine Maxwell is reportedly traveling internationally to foreign nations including Israel, according to the New York Post, as reported by The Jerusalem Post. The FBI pursues a formal investigation into her activities with Epstein, who was ruled dead by suicide in his New York jail cell in a case that has sparked worldwide speculation and scrutiny. Ghislaine Maxwell’s emails have reportedly been hacked, adding another dimension of panic to the situation for globalist elites who socialized with Maxwell and Epstein.

Epstein was identified as a Mossad agent who blackmailed world leaders with underage sex traps by former high-ranking Israeli intelligence official Ari Ben-Menashe, who has staked his reputation on the claims.

Ghislaine is not the only world traveler in her family.

Alexander and his girlfriend (Amira?) have spent time in St Thomas and it's surrounds. Visiting relatives perhaps?https://t.co/Cx6YiXyRqR


Ghislaine Maxwell is a scion of one of the world’s most powerful families. National File has discovered a stunning connection: Maxwell’s nephew was a top official in Hillary Clinton’s State Department.

Ghislaine Maxwell’s socialite sister Isabel Maxwell married Dale Djerassi, son of birth control pill inventor Carl Djerassi, in 1984 and had son Alexander that same year, as shown by the Maxwell family tree. The couple later divorced. Carl Djerassi pursued a career in art while his son Alexander pursued politics. Both Dale and his son Alexander are on the Board of Trustees for the Djerassi Resident Artists Program. Dale and Alexander have been pictured together as father and son by the San Francisco Chronicle and other publications.

Alexander Djerassi, who is Ghislaine Maxwell’s nephew, was a high-ranking official in Hillary Clinton’s State Department.

Here is Alexander Djerassi’s bio from his time as an associate with the Carnegie Endowment:

“Alexander Djerassi was a nonresident associate at the Carnegie Endowment for International Peace, where his research focused on Tunisia and U.S. foreign policy toward the Middle East and North Africa. From 2009 to 2012, Djerassi was chief of staff and special assistant in the U.S. Department of State’s Bureau of Near Eastern Affairs, covering U.S. relations with Arab states, Israel, and Iran. He worked on matters relating to democratization and civil society in the Arab world, the Arab uprisings, and Israeli-Palestinian peace. Djerassi has served as a U.S. representative to the Friends of Libya conferences, Friends of the Syrian People conferences, U.S.-GCC Strategic Coordination Forum, and several UN General Assemblies.”

The Maxwell family has drawn scrutiny for its association with the Bronfman family, which counts NXIVM child trafficking cult benefactors Clare and Sara Bronfman as members. Jeffrey Epstein served as patriarch Edgar Bronfman’s tax mitigation specialist when he worked for Bear Stearns in the 1970’s.

Dale Djerassi took part in a blasphemous art display that caused some political trouble for Hillary Clinton when she ran for Senate in New York in 2000.

The New York Post reported on the blasphemous art display in 2000.

“I was disturbed to read an article in today’s New York Post by Robert Hardt Jr. and Gregg Birnbaum that cited a donation of $8,200 by Dale Djerassi to the ‘New York Senate 2000’ committee of Hillary Clinton’s campaign. They reported that Djerassi had participated in a ‘St. Batman Crucifixion’ in 1994. As they said, ‘The performance art piece was a re-enactment of the crucifixion of Jesus, featuring a naked man wearing a Batman medallion and mask being tied to a giant cross by Djerassi and another man.’ (Pictures can be accessed on the web at popov.com.) Their description is actually an understatement: the pictures show full-frontal male nudity complete with a graph of the Christ-figure falling to the ground carrying the cross.

“It should also be known that the ‘St. Batman Crucifixion’ was performed at the Djerassi Foundation in Woodside, California. The secretary of the foundation is Dale Djerassi. The foundation, now known as the Djerassi Resident Artists Program, is a current and past recipient of NEA money.

“Not surprisingly, Djerassi runs in the same circles as Mrs. Clinton: in June 1999, he was one of 30 people at a private fund-raising event that was organized by Mrs. Clinton’s friend, Susie Tompkins Buell (Hillary was traveling at the time and couldn’t make it).

“The Catholic League wants Mrs. Clinton to return the money. She set the precedent: in April of this year, she returned a $22,000 donation from a Miami businesswoman tied to international drug trafficking. The woman, Vivian Mannerud, made the contribution in the form of ‘soft money,’ exactly the kind of transfer made by Djerassi in June.

“There is no room to equivocate on this: Djerassi’s work is Christian bashing at its worst and that is why Mrs. Clinton must return the money.”

Here are censored images of the art display via The Storage Unit blog.