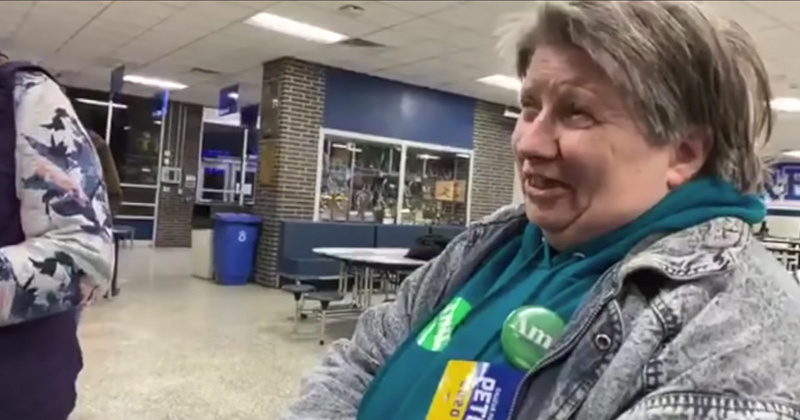 Footage shows the moment an Iowa caucus voter wants to take her vote back after finding out the candidate she cast her vote for, Pete Buttigieg, is homosexual.

A video from Monday night out of Howard County captured the moment a woman argues with a precinct captain about whether she can rescind her vote, despite just handing it over.

“Are you saying that he has the same-sex partner? Pete?” the woman asks the precinct captain in disbelief.

“Are you kidding?” the woman asks, before adding, “Then I don’t want anybody like that in the White House. So can I have my card back?”

The Buttigieg precinct captain, Nikki Heever, tells her she’s not sure if they can do that … and then engages in an illuminating convo with the lady about religion and homophobia.

Heever tries to explain it shouldn’t matter who a person is married to — all that should matter in this context is what they believe in and stand for … but this voter wasn’t having it. She insisted the Bible preaches against homosexuality and stuck to her guns.

Van der Heever replied: “Well I totally respect your viewpoint on this, I so totally do, but I think that we were not around when the Bible was written.”

It’s unclear if the woman was allowed to change her vote.

Pete Buttigieg announced himself the winner Monday night amid chaos over problems with vote counts.

For the Democrats the question to bork or no to bork now stares them in the face as plainly as Adam Schiff’s beady eyes.