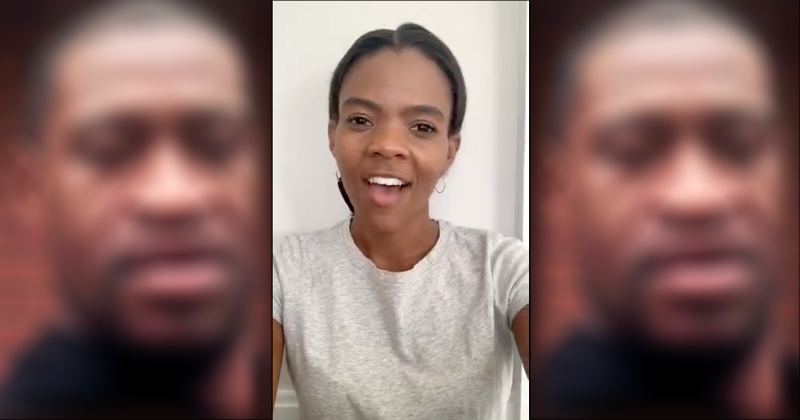 In a heated 17-minute rant, Owens delves into US crime statistics, Floyd’s criminal past, and why she believes protesters are once again being misled.

Confession: #GeorgeFloyd is neither a martyr or a hero. But I hope his family gets justice. https://t.co/Lnxz0usrp5

“It has been weighing very heavily on my heart and on my mind,” Owens said.

“There was so much pressure for me to go with the popular opinion about who George Floyd was.”

“So, I want to come out and say that I do not support George Floyd and the media’s depiction of him as a martyr for black America.”

Owens went on to claim black Americans are frequently manipulated into defending “the bottom denominator of our society,” as discussed by American author Shelby Steele.

“You would be hard pressed to find a Jewish person who has spent five stints in prison, who commits a crime and dies while committing a crime and that the Jewish people demand justice for.”

“You would be hard pressed to find this in white America … even in Latino America.”

“What I am saying is not any defense for Derek Chauvin,” Owens clarified, adding, “The family of George Floyd deserves justice for the way that he died, but I also am not going to accept the narrative that this is the best the black community has to offer.
”
Owens also pointed out protesters are lifting Floyd to the level of civil rights leader Martin Luther King, Jr.

“Everyone is pretending that this man lived a heroic lifestyle,” Owens said. “We are embarrassing in that regard. Nobody wants to tell the truth in black America. Our biggest problem is us.”

Owens concludes her rant by asserting, “I have no apologies to make. George Floyd is not my martyr. He can be yours.”

Owens’ rant went viral on Twitter, where many labeled her a “racist” and a “white supremacist” for her unpopular opinion.

Candace Owens is a Black, white Supremacist who profits off of being the black face of white racism.

Black people can always make a quick buck being willing to say all the racist stuff white racists want to but can’t. #CandaceOwens

I just told y’all only a couple of days ago about ignoring #CandaceOwens …stop sending me her tweets!

This person with zero cognitive capacity or cultural compass is blocked and out of my life https://t.co/22MDQal8tR

Floyd’s death filmed on video sparked over a week of protests, many of which descended into chaos, destruction and violence mostly in Democrat-controlled cities. The four Minneapolis officers seen in the shocking video have all been arrested and charged.