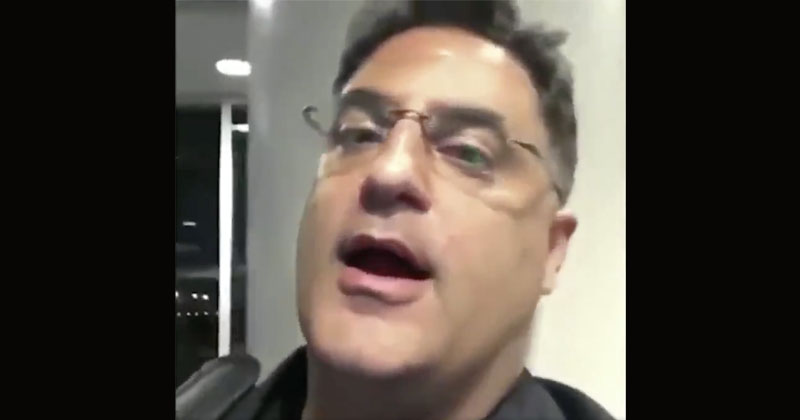 In a confrontation he decided to film and upload to social media, Uygur badgered and harassed a group of black airline employees scrambling to mitigate a delayed flight.

“We’ve been here three hours, and American Airlines sucks,” Uygur told the camera. “They decided for whatever reason to screw everyone on this flight.”

Here is a two-minute video @cenkuygur screaming at black airline employees because a flight was delayed pic.twitter.com/dGGFJzTsDt

During the ordeal, Uygur excused his rude behavior to his audience by claiming he was simply “hungry and tired.”

“And I’m hungry and I’m tired, and you know me, I get more agitated when I’m hungry and tired,” he said. “So look, if you guys think this is bad, wait till- if that plane doesn’t actually come from the hangar in 20 minutes….woooooooooooo.”

That’s when Uygur popped off.

If his goal was to garner sympathy, it backfired spectacularly because users on social media slammed Uygur’s lack of class and manners.

Is he a toddler? Aww, he’s having a tantrum because he’s hungry and tired

As a former gate agent, he wouldn’t be allowed on my flight.

Seems on brand for him.

Damn. Now THAT is privilege.

Looks like leftist TYT founder may have a bit of an anger problem.

Cenk Uygur, creator & anchor of YouTube’s heavily promoted Young Turds, Google’s choice for 2016 live coverage was endorsed by fellow “progressive” and perv Bernie Sanders until his previous comments about his infatuation with bestiality & his misogyny put a “kink” in Stink’s congressional campaign.