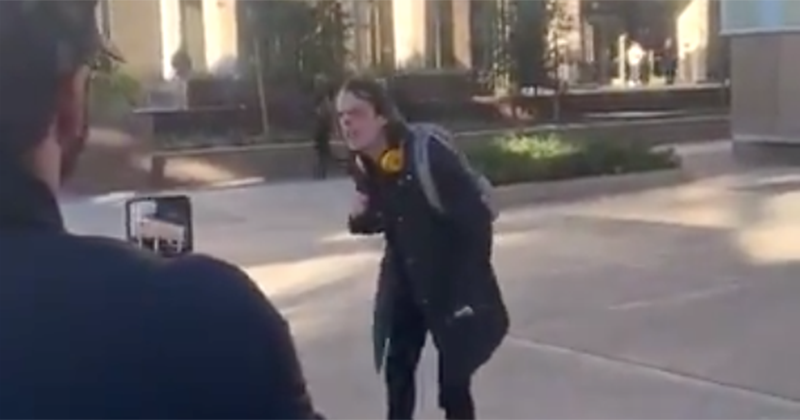 Police at Arizona State University said Wednesday that they are investigating after a video began circulating on social media showing an individual “making threats” against Republicans.

“We are aware of a video circulating on social media where an individual appears to be making threats. We are working with the University to address the matter,” ASU Police tweeted. The identity of the individual or whether he is a student was unclear.

The announcement by campus law enforcement seemed to reference a video shared by Students for Trump at ASU in which a “crazy leftist” screams “slash Republican throats.”

Watch as a tolerant leftist threatens to “slash the throat” of @realDonaldTrump and every Republican.

We will NOT let the left silence us! @TrumpStudents #KeepAmericaGreat 🇺🇸 pic.twitter.com/PZcTLhR6MK

Here are the top highlights from the 2020 State of The Union Address, including President Trump honoring multiple American heroes and families and Nancy Pelosi’s complete meltdown that shocked the nation.

“This is the type of violence our students face every single day,” Kirk commented.

Campus Reform reached out to ASU and the ASU Police Department for further comment but did not receive a response in time for publication.