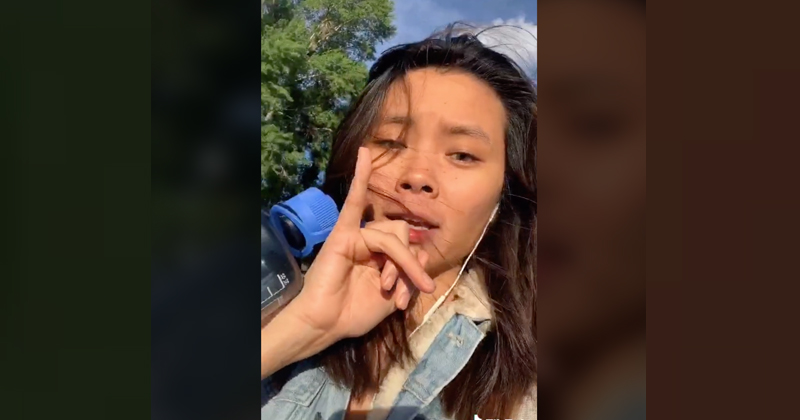 A deranged Black Lives Matter activist on Tik Tok threatened to stab “the next person who says ‘All Lives Matter,'” in a rant emblematic of the psychotic fringe left.

“The next person that has the nerve, the sheer entitled ‘cauc-acity’ to say ‘All lives matter,’ I’m-a stab you, I’m-a stab you,” says the lunatic liberal, obviously virtue-signaling for social media clout.

“And while you’re struggling, bleeding out, I’m going to show you my paper cut, and say, ‘My cut matters, too.'”

The Tik Tok user was identified as Harvard graduate Claira Janover, with many slamming her on Twitter over the comments. 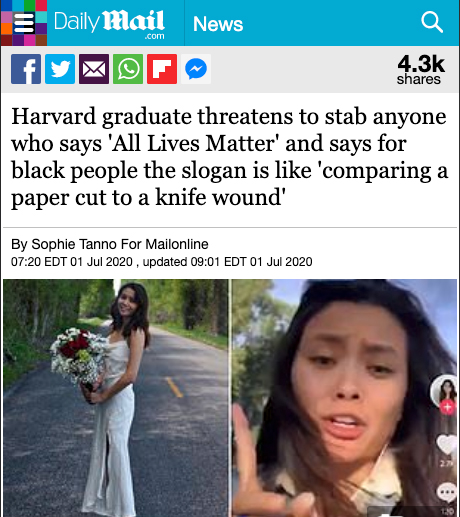 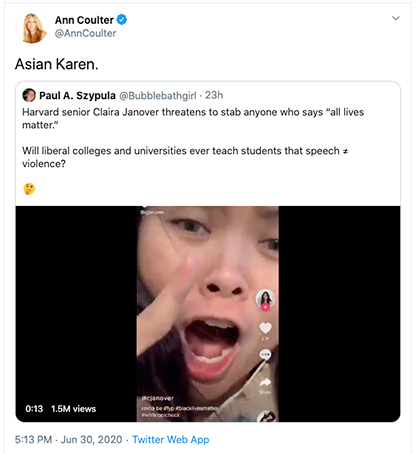 “Harvard senior Claira Janover threatens to stab anyone who says ‘all lives matter.’ Will liberal colleges and universities ever teach students that speech ≠ violence?” another social media user stated.

“Is there something in the water that these crazy liberals drink? This Harvard Leftist threatened to stab anyone on campus who says ‘all lives matter?'” read another comment. 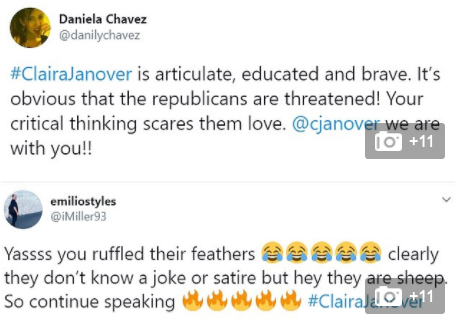 Black Lives Matter activists have taken issue with the “All Lives Matter” slogan in the wake of recent protests, as it is a unifying message that contradicts their attempts to divide on the subject of race.

Kaitlin reads “fan” mail sent to her on Instagram.