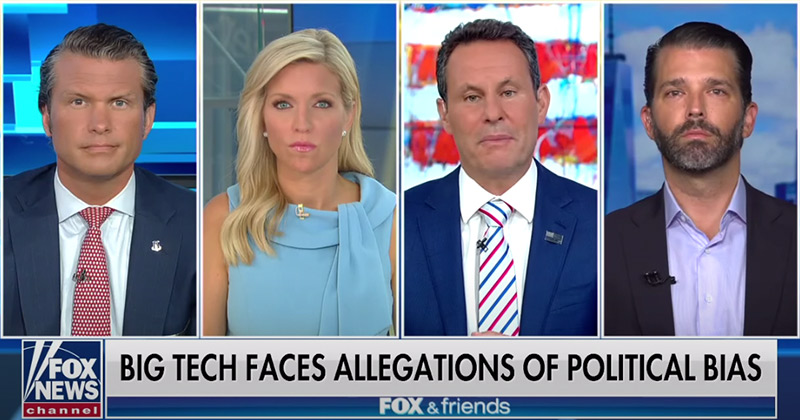 He went on to point out the hypocrisy of the social media platform for allowing Communist China, the Iranian Ayatollah and other human rights violators, but suspending his account for sharing a video of actual doctors and a congressman on the steps of the Supreme Court.

“When the Chinese Communist government literally spread disinformation about coronavirus, Twitter literally said that is not a violation of their rules,” he explained. “But me saying, ‘Hey, this is interesting. It’s very different than the narrative they’ve been cramming down our throats. Maybe you should watch it and make up your own mind.’ That was enough to get thrown off the platform.”

“Republicans have to wake up also because they are not even aware most of the time,” Don Jr. continued. “You know, their staffers are online doing these things.”

“The average Republican in Congress has no idea what is actually happening on these platforms and, so, they don’t even realize (a) what’s going on and (b) how important it is for their base, who is being totally suppressed, their free speech wiped away, while these companies get a lot of protection from the government and that is the key.”

See the verboten press conference below:

What will be the outcome of the Ghislaine Maxwell saga?