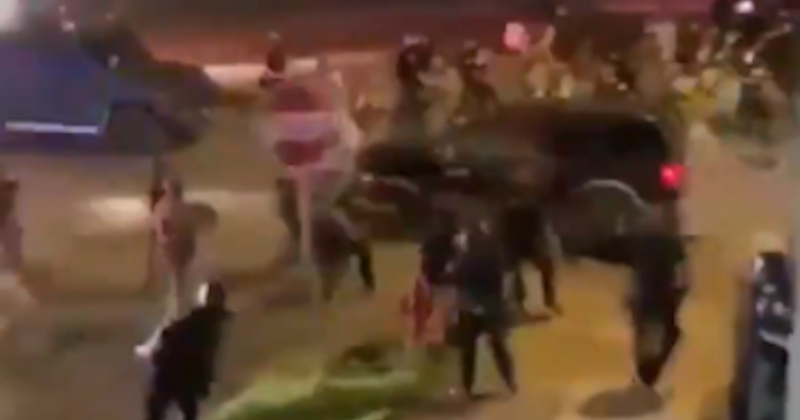 Protests beginning last week over the killing of George Floyd continue in the United States, engulfing over fifteen states with some evolving into violent riots including looting, fires and clashes with police.

An SUV was filmed plowing into a group of police officers at a protest in Buffalo, New York, and then speeding away.

The video showing the incident revealed a row of police dissipating, while the car hit at least one officer and then rushed away.

Gunshots can be heard in the video as police drag their counterpart out of the road.

#BREAKING: Video shows SUV plowing into officers at Floyd protest in Buffalo, New York, running over at least 1, then speeding away pic.twitter.com/jlyvZskTfB

Widespread protests over the death of George Floyd, an African-American from Minneapolis, who was killed by a white policeman while being arrested, began last week. Some have turned into riots, with participants torching cars and buildings, looting shops and clashing violently with police.

Police have used tear gas, rubber bullets, shields and police batons against aggressive rioters. In several regions, a curfew has been imposed, as US President Donald Trump announced the mobilization of “military and civil” assets to stop the looting and riots.