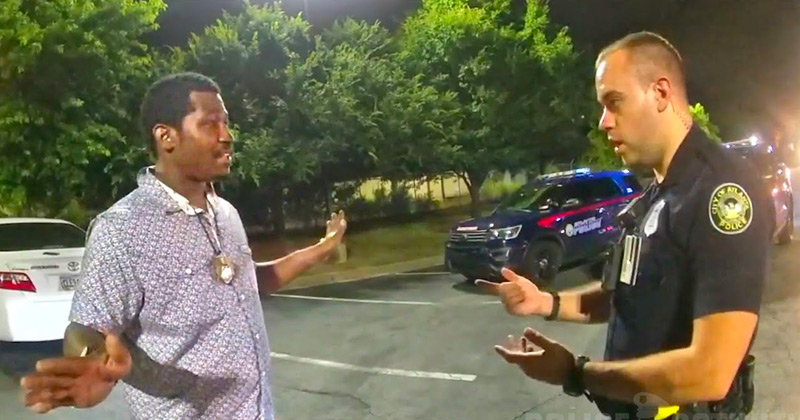 A former officer in Georgia is currently being charged with felony murder and ten other counts after shooting a man who attacked him outside a Wendy’s.

Ex-Atlanta officer Garret Rolfe currently faces 11 counts for shooting Rayshard Brooks twice in the back after Brooks resisted arrest, then proceeded to fight with Rolfe and another officer before grabbing one of their stun guns and attempting to tase the officers as he fled.

Officers had been summoned to an area Wendy’s after an employee called 9-1-1 reporting Brooks had fallen asleep inside his car in the drive-thru line.

The fateful incident, which began as a casual interaction, was captured by several witnesses, police body cams and Wendy’s surveillance.

Watch a compilation of the footage:

Footage shows after officers assessed Brooks was too intoxicated to drive, he fought off attempts to arrest him before taking one of the officers’ tasers.

Officer Rolfe fired three shots at Brooks as he fled, hitting him twice.

During a press conference Wednesday, Fulton County District Attorney Paul Howard announced he would additionally charge Rolfe “with kicking Brooks as he lay dying — an allegation made after reviewing surveillance footage and citizens’ cell phone videos,” the Daily Mail reports.

BREAKING: Fulton County DA on actions of officers after Rayshard Brooks was shot: "Officer Rolfe actually kicked Mr. Brooks while he laid on the ground, while he was there fighting for his life." A second officer stood on Brooks' shoulders, the DA says. https://t.co/VR0y9oxKzu pic.twitter.com/XPTtOFgVHG

Howard dropped a bombshell when he revealed the other officer on the scene, Devin Bronson – who was also fired and charged on three counts – would be testifying against Rolfe.

Rolfe is said to have violated Atlanta PD policies prohibiting firing a weapon at a fleeing suspect.

Just weeks ago, DA Howard argued a taser was a “deadly weapon” when police used them against protesters, which could provide former officer Rolfe with a self-defense argument.

Two weeks ago, the DA in Atlanta who's currently charging Officer Garrett Rolfe in the Rayshard Brooks case charged police officers with aggravated assault for using a taser on protesters.

"A taser is considered a deadly weapon under Georgia law" pic.twitter.com/ZQfsjllEQS

The case has set off yet another firestorm following the police killing of George Floyd in Minneapolis, with many concluding Brooks’ shooting was justified, while others claim it’s just another instance of institutional racism.

Alex Jones breaks down the globalist agenda to destroy America hiding out in a supposed movement for racial equality, playing on people’s guilt to submit to an un-elected power.