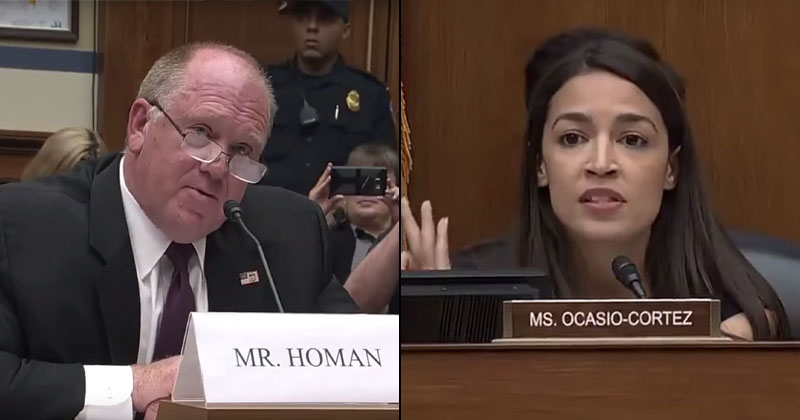 Thomas Homan, the former acting director of Immigration and Customs Enforcement, engaged Rep. Alexandria Ocasio-Cortez in a fiery exchange during a House Oversight Committee hearing on the treatment of migrant families.

“I recommended zero-tolerance,” he responded, referring to the Trump administration’s hard-line immigration policy that resulted in migrant family separations. “The same it is with every U.S. citizen parent gets arrested with their child.”

He added, “If I get arrested for a DUI and I have a young child in the car, I’m going to be separated.”

The freshman congresswoman said asylum seekers should not be arrested because the act of seeking asylum is not a crime. Homan snapped back, noting that some asylum seekers cross the border illegally instead of presenting themselves at ports of entry. “If you want to seek asylum, then go to a port of entry. Do it the legal way. The attorney general of the United States has made that clear,” he told Ocasio-Cortez.

Alex Jones breaks down how the far-left fringes of the Democrat Party are pushing to become mainstream, by any means necessary, even if it means eating their own allies. The current course for Alexandria Ocasio-Cortez to feast upon: Nancy Pelosi.