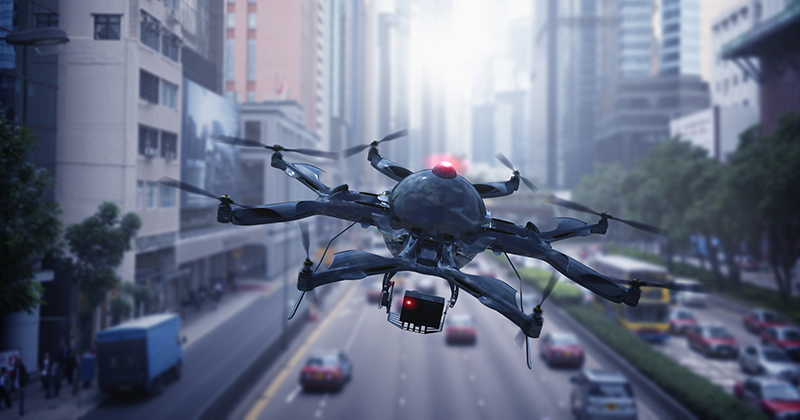 China has found new ways to respond to coronavirus that has shut down at least two-thirds of its economy, taken offline some of the world’s largest manufacturing hubs, and quarantined more than 50 million people.

The country is using drones, specifically DJI drones with front-mounted speakers, to fly around towns and yell at anyone who isn’t wearing a mask.

It’s like something from a dystopian film, but essential to critical quarantine enforcement.

With confirmed cases around 10,000 in China, about 213 deaths, and tens of thousands of people with suspected coronavirus, the communist government is deploying technology to beat the “devil virus.”

“Staying at home is contributing to society,” a government official tells people in this video posted by Global Times, which slows a DJI drone with a front-mounted speaker flying around a rural countryside and urban areas yelling at anyone not wearing a virus mask.

Walking around without a protective face mask? Well, you can't avoid these sharp-tongued drones! Many village and cities in China are using drones equipped with speakers to patrol during the #coronavirus outbreak. pic.twitter.com/ILbLmlkL9R

Gizchina.com reports that some Chinese towns are deploying agriculture drones with 5-gallon sprayers to spray disinfectant, with hopes that the virus could be eliminated.

UK researchers now suggest 75,800 people are infected in Wuhan, as compared to SARS, the infection rate of coronavirus is exceptionally high. China is using advanced technology to fight a virus that could wind up collapsing its economy.